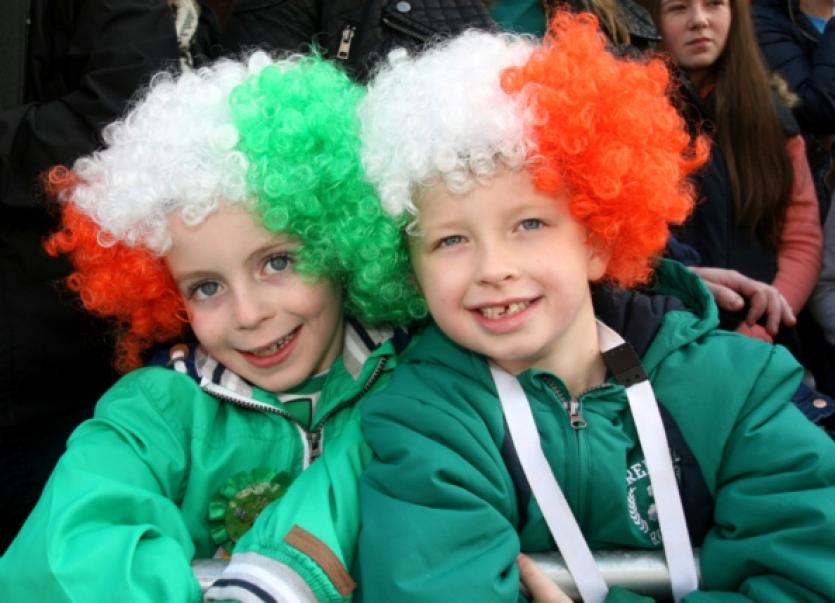 A MASSIVE crowd estimated to be up to 80,000 people were in Limerick today for the city’s annual St Patrick’s Day celebration.

A MASSIVE crowd estimated to be up to 80,000 people were in Limerick today for the city’s annual St Patrick’s Day celebration.

The colourful parade featured 72 different acts and groups showcasing some of the most creative aspects of Limerick life.

Warm spring weather greeted an excited crowd as the dance group Fidget Feet led off the parade as Grand Marshals, with a rainbow-coloured ticker tape parade getting the party into full swing.

Other highlights of the parade included the now-legendary giant tricolour flag, this year hauled down O’Connell Street by students of Colaiste Nano Nagle (formerly Presentation school).

There were appearances from a number of local brass bands, including the Limerick City Rhythm Band, fresh from winning Birmingham’s St Patrick’s Day parade.

And there were also colourful entries from the Hired Costumes Group, the Irish Girl Guides, the Spotlight Stage school and the Irish Chamber orchestra.

Limerick’s new communities were also well represented in the shape of the Filipino Community, and three Polish entries.

Finance Minister Michael Noonan, enjoying his first Limerick parade in two years, said: “It is bigger than ever, and better than ever. The weather is perfect: I was often here with cold wind chills blowing in March, but it is a lovely day today. I am delighted to be here. I always enjoy being in Limerick on St Patrick’s Day.”

For more pictures, and reaction to Limerick’s St Patrick’s Day parade, see the Limerick Chronicle, out this Wednesday morning.