Work on dangerous Limerick bridge to be completed by April 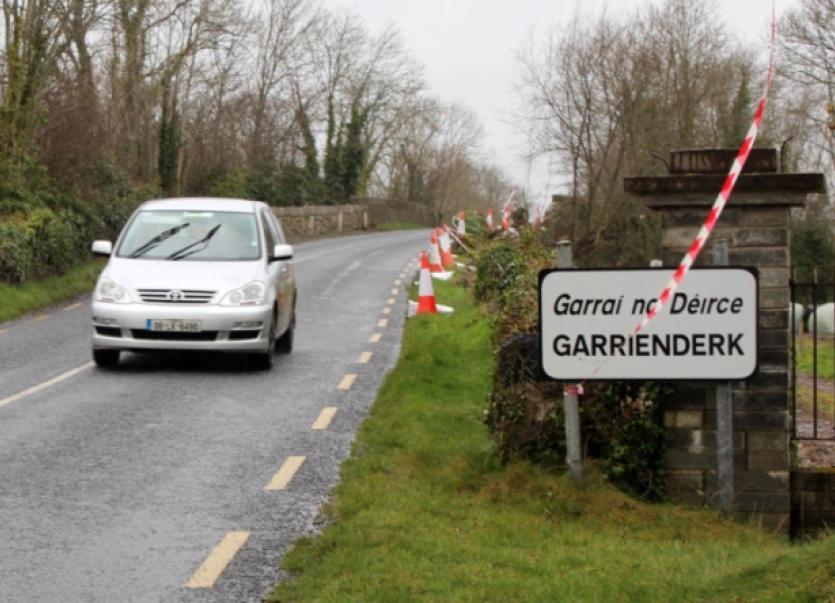 WORKS are to be completed on a dangerous bridge in County Limerick by March/April heard a meeting of the Cappamore/Kilmallock municipal area.

WORKS are to be completed on a dangerous bridge in County Limerick by March/April heard a meeting of the Cappamore/Kilmallock municipal area.

Commuters travelling on the main road between Kilmallock and Charleville are experiencing delays at the single lane stop-and-go system at Garrienderk bridge.

Due to a number of collisions over the years, a large section of Garrienderk Bridge has been knocked down. Locals have been left annoyed at the delay in repairing it and fear that an accident will occur.

Brian Kennedy, municipal area operations manager, informed councillors that “by March/April time the bridge should be up and running again”.

Mr Kennedy said an engineer has been appointed.

Cllr Lisa Marie Sheehy said those living locally have told her that some motorists are not obeying the traffic lights.

Kieran Lehane, director of water services and environment, told the meeting that he has experienced this himself on a visit to the site.

“I was stopped at a red light. A car came around us and went over the bridge, If a motorist came from the far side of the bridge.. I was shocked. It was appalling,” said Mr Lehane.

Cllr Sheehy said this is happening a lot from her conversations with local residents.

Cllr Bill O’Donnell proposed that the gardai be asked to do a patrol there for half an hour a day to catch motorists carrying out these illegal manoeuvres.

Cllr Sheehy said this was a good idea and word would get around that gardai were keeping a close eye on it.

“The last thing we want is for an accident to occur from these safety measure,” said Cllr Sheehy.

Mr Kennedy said the traffic lights are the lesser of two evils because of how dangerous the bridge is in its currents state.

At the beginning of December local residents contacted the Limerick Leader voicing their anger at the situation.

Joe Power said: “When I’m coming down, people think I am passing out the traffic lights but I’m actually indicating to go into my own place. There will be an accident there. For the last couple of years, we have been trying to tidy up Garrienderk and we have a nice tidy job made of it. We have been left down now. There are more than us annoyed by it – if you asked anyone going to the mart in Kilmallock, they will say the same.”