Limerick family have clean water after four months of complaining 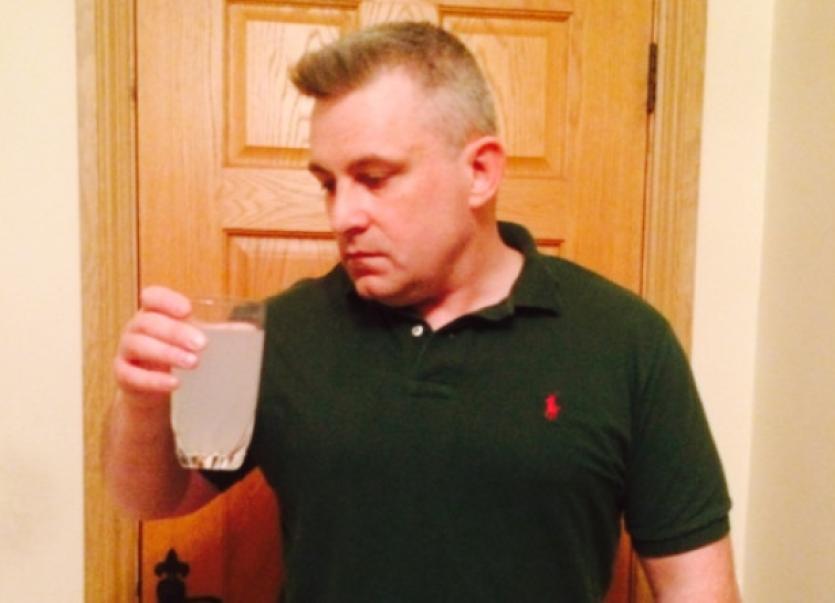 A COUNTY Limerick family have clear running water for the first time since September after four months of calling Irish Water.

A COUNTY Limerick family have clear running water for the first time since September after four months of calling Irish Water.

The Powers in O’Brien’s Bridge have been using bottled water and couldn’t even go for a shower. The water was brown for days, then white.

“It took four months of fighting, hassling and calling. We had been complaining since the beginning of September, and we were being told ‘look you’re the only ones, there’s nothing wrong with the water”,” said Brian Power.

“We got a call before Christmas from Irish Water saying they had found a massive breach in the line, down by the pump house. That they had cleaned it out top to bottom and they hoped that the breach was the cause of this issue,” said Brian. While the water now looks clear Brian says Irish Water haven’t written to confirm it is safe, so until then he will continue to use bottled water on health and safety grounds.

In a reply to a media query Irish Water said they “did not receive any other complaints” apart from the Powers.

“I know that four people in our water supply had their water tested over the summer. I got two calls from neighbours up the road from me who said that they had tried to contact Irish Water on a number of occasions, asking how did I get traction? Because they couldn’t. When they were testing my water in the beginning of December, they went to four or five other people. The house right up the road from me was put on a boil water notice, or do not use temporary consumption notice. That is debunking what they are saying that we were the only ones complaining out there. There were numerous others complaining.”

Brian says ringing the Irish Water call centre is like phoning a “black hole”. “They are all very nice and polite, but nothing happens. Three of four years ago you’d call Limerick County Council and you’d have someone to talk to. It took the hassle of getting the Limerick Leader involved, county councillors etc for us to get something done that should have been done at the start of September, or even in the summer when they first started getting complaints,” said Brian.

He contacted Cllr Shane Clifford who called Irish Water the “Fawlty Towers of the semi-state sector”. “The water infrastructure in this country has been neglected for years by successive administrations both nationally and locally including FF led Governments. Some will say that we in FF have no credibility on this issue and to be fair there is a certain logic to that. However, that does not mean we can stand back from criticising the unmitigated disaster that Irish Water has been from the start,” said Cllr Clifford.