Treaty club needs to raise €8k for game in Maastricht 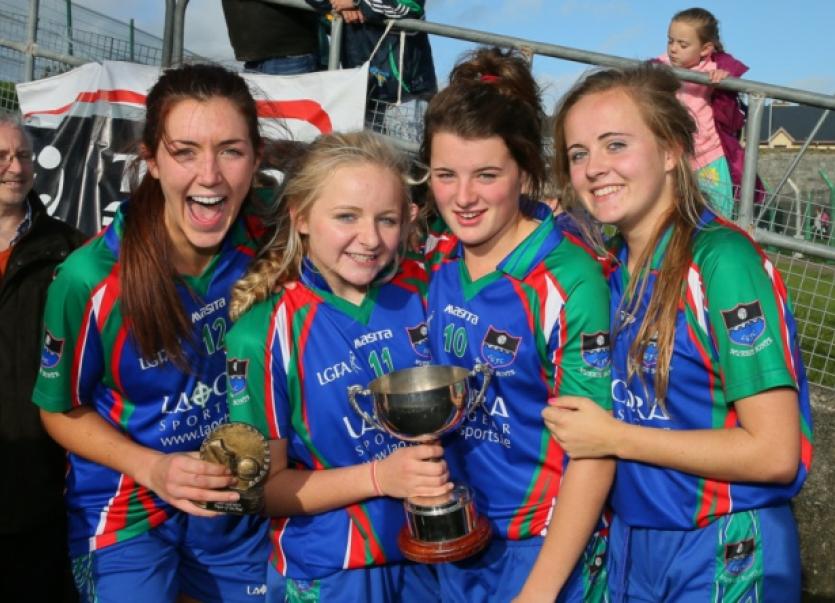 MAASTRICHT is best known in Ireland for the treaty but a Treaty club is going to get to know the Dutch town very well.

MAASTRICHT is best known in Ireland for the treaty but a Treaty club is going to get to know the Dutch town very well.

Manager Noel Regan said there were unbridled scenes of joy from their large travelling support. Their next game is an All-Ireland quarter final in Holland.

For the first time a European team won a preliminary quarter final - Belgium GAA beat Liverpool. Every year one of the provinces must travel abroad and this year it is Munster’s turn. So Murroe-Boher will play in Maastricht on November 1.

The reason it is in Holland and not Belgium is because the only full size GAA pitch in Europe is there.

They could only start fundraising after the final whistle was blown against Fermoy.

“We need between €8,000 and €9,000. You are talking about taking 26 players and management. You have to stay for two nights because the game is on at 4pm on Saturday. We have to go Friday because you can’t risk going Saturday morning. First of all you would have to leave Dublin airport at 6.30am which means you would be travelling all night and the girls would be wrecked.

“The match can only be played at 4pm because the pitch is booked out. It won’t be over until 5.30/6pm so you couldn’t make any flight back on Saturday night,” said Noel, who doubles up as a treasurer. If you would like to support the trip contact Noel on 0868109682 and they are also collecting clothes for recycling. All donations welcome.

“We’re going no matter what,” he said,

Murroe-Boher Ladies Football club was only founded in 2009 with an u12 team.

“Every year since we have added teams as the girls have gotten older and we now field from u10 to adult ladies. This year has been incredible. We won our first ever A county title with our u16 footballers and the county league. Our adult ladies won the junior county league earlier this year and then we lifted out first ever county intermediate title. Now we have a Munster title,” said Noel, who is very proud of his young team. Many weren’t even born when the Maastricht Treaty was signed in 1992.

“I’m captain by age alone!” joked Louise, who won a Munster junior title when she was just 16 with Rockbawn. Club senior hurler Declan Kett has to be thanked for Louise moving to Murroe. She joined the club to meet new people and now has another Munster medal. “I was the same age as a lot of this team. There is great talent coming up,” said Louise, who adds that she and vice captain Niamh Richardson, also camogie captain, have worked together throughout the year.

Everyone can’t wait for the ‘away’ match,

“It is an expensive trip but from being involved in the club if anybody can move mountains it is them,” said Louise.