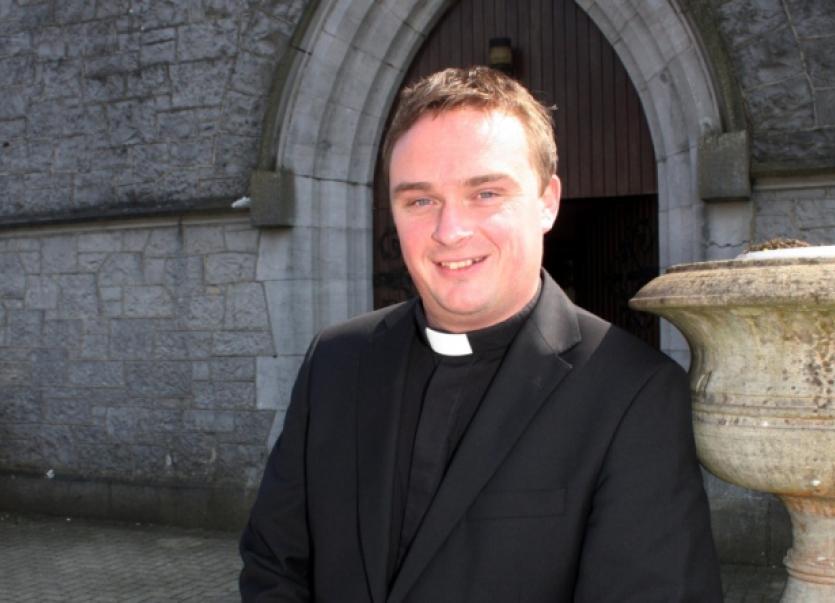 Last summer, Fr Ger Fitzgerald, originally from Castleconnell but serving in Ennis, cycled 30 miles every day for 30 days to raise €6,000 for Barnardo’s. Then on Christmas Eve he slept overnight on the streets of Ennis to show solidarity with the homeless.

“This year I wanted to do something different for a local charity. And the idea I got was to attempt to break a world record. Given that I wouldn’t be very fit at the best of times, and also given the fact that I have no patience for attempting long records, I decided to attempt something on the rowing machine.

“It is the one exercise, besides hurling, that I actually enjoy,” said Fr Fitzgerald.

The current world record on a land rowing machine is 5,278.5kms - the distance from Los Angeles to Washington DC.

“It is held by Rob Bryant. This man has more heart and determination than I will ever have as he performed this task after recovering from serious injury.

“Therefore, my attempt, if successful, will be not a breaking of his record but a sharing of it,” said Fr Fitzgerald, who has got the go ahead from the Guinness Book of World Records. The two charities he has picked are Clare Haven and Bushy Park.

“They both do heroic work. Clare Haven provide support, information and refuge accommodation to women and their children experiencing domestic violence/abuse.

Fr Fitzgerald, who at 34 is one of the youngest priests in the country, hopes to start his attempt at the end of the month before “all the hard work of parish starts up again after the summer lull”.

“In the meantime I will need lots of help for my record attempt. I’ll be looking for people to volunteer to help me with log books and recordings and all the other rules that came from the Guinness Book of World Records headquarters. I’ll need someone to keep me motivated and keep going!

“Most importantly I’ll need sponsorship. And I would like to say, a record will be kept of your sponsorship - if I fail in my attempt I will happily refund all monies,” said Fr Fitzgerald. Contact the parish office on 065 682 4043 if you would like to pledge support or email info@ennisparish.com

Fr Fitzgerald said his inspiration is not easy to pin down into just one word or phrase.

“So I’ll try to explain it. It starts initially with God, who planted the idea in my head and thus far is allowing me to carry it out. Without God, I could do nothing in my life. Without him I would most certainly not be a priest, nor would I be attempting this.

“The second inspiration is Pope Francis, who told us to go out into the streets and help out. His Papacy and example are big inspirations to me, so hopefully this event will help to raise a bit of money for those who need these services,” he said.