The 85th Limerick Show will have an ‘innovative’ approach 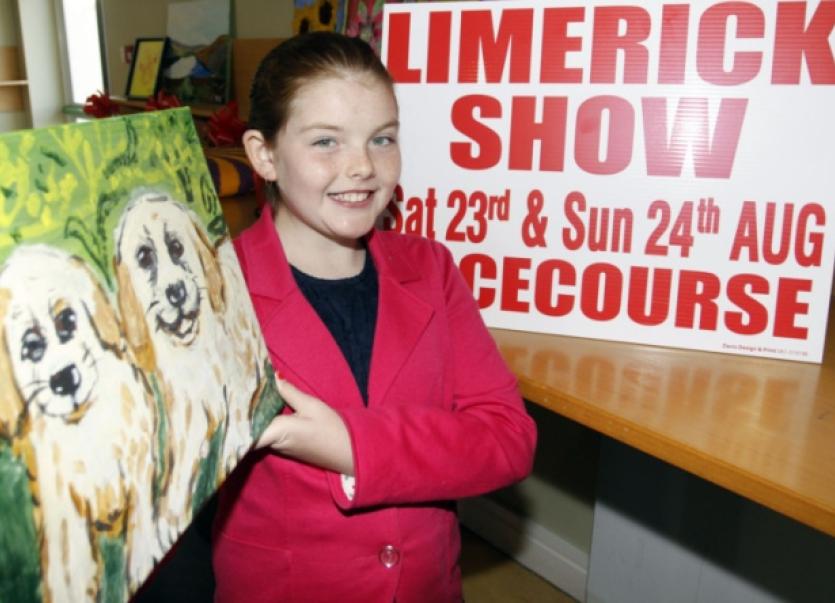 LIMERICK Show has never been afraid to try new things and this year there will even be a stand to promote innovation.

LIMERICK Show has never been afraid to try new things and this year there will even be a stand to promote innovation.

Mike Cantwell, CEO of Innovate Limerick, was one of the large crowd at the launch of the show in the racecourse on Monday night.

Country shows are associated with cattle, horses, dogs, horticulture, baking, arts and crafts, vintage cars and machinery, fun and games for children, and there will be an abundance of those on Saturday and Sunday, August 23 and 24 in Limerick Racecourse - but a new addition will be an innovation centre.

Leo Walsh, chairman, said they very much welcome new ideas and are always looking at how to improve.

“It takes place on the Sunday from noon to 4pm and we hope it could be the start of things for people with big ideas,” said Mr Walsh.

“The target is to try and improve the innovation culture right throughout Limerick city and county. It is to take the mystery out of innovation,” said Mr Cantwell. One of their main focuses is the development of a new 40,000 square foot premises at the LEDP building in Roxboro.

“There will be a presentation run on the hour for 20 minutes, discussions afterwards and we will take appointments,” said Mr Cantwell. In the future perhaps a successful business that began at Innovate Limerick’s stand will be back as a sponsor.

Show president, Dickie Power noted that this will be the 85th Limerick Show. He joked that he wouldn’t like to remember how long he has been involved with the show but the judge who gave him his first rosette is certainly gone to his eternal reward.

Mr Power said shows can’t survive without sponsors and one of their longest serving is AIB - going back to when it was the Munster & Leinster Bank.

He spoke about the importance of agriculture to the country and the quality of the Irish livestock industry. And there will be many quality examples on the Sunday says livestock chairman, Tim Ryan.

Mr Fitzharris said it had been a very good year for the agriculture sector weather wise. But cited the Russian trade embargo as one of the challenges ahead.

The AIB regional director said he hoped the weather in Limerick Racecourse will be kinder than it was in Tullamore. Recently appointed manager of Limerick Racecourse, Conor O’Neill said this will be his first time at the show and he is looking forward to it.

Continuing the equine theme, as well as the numerous show jumping and showing classes, Mr Power said there will be live exhibitions of saddle making and horses shod “in the old-fashioned way using red hot irons”.

Pat Byrnes, Bank of Ireland, didn’t have to travel far as he said he could see his house from where he was speaking, and has been coming to Limerick Show since he was a small boy.

He also spoke about the strength of the agriculture sector. While it didn’t benefit to the same extent as other sectors during the Celtic Tiger it is very sustainable, said Mr Byrnes. Mr Walsh said the large turn-out gave all committee members “great confidence as we head into a very busy week”.

“I’d like to wish Cappamore Show the best of luck on Saturday and we look forward to our show the following weekend. We will have an excellent display in all sections. I would like to thank all our sponsors and volunteers. Spread the word!” said Mr Walsh.

One of the big talking points on the night was the fantastic display of arts and crafts from St Vincent’s School in Lisnagry.

Chairperson of the arts and crafts, Anne Gabbett said they have doubled the number of classes for those with intellectual or physical disabilities and would like to have more.

“It is a bit like the Special Olympics. A lot of the schools and day centres are doing a lot of arts and crafts and we have a big number of entries. The standard is very high and it is well worth coming down to have a look at their talents,” said Mrs Gabbett.