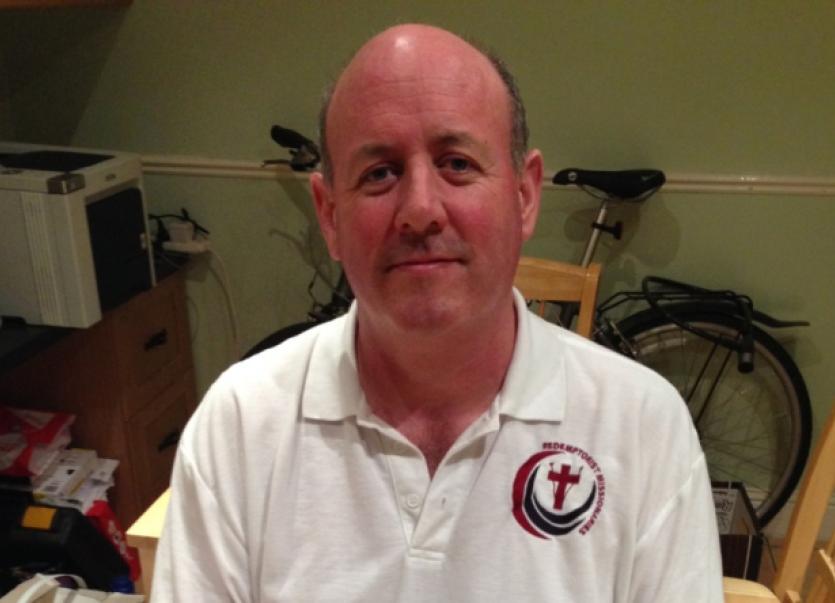 THE transfer of priests from one parish to another late in their life is “bordering on desperately unfair” according to Fr Gerry O’Connor, a spokesperson for the Association of Catholic Priests.

THE transfer of priests from one parish to another late in their life is “bordering on desperately unfair” according to Fr Gerry O’Connor, a spokesperson for the Association of Catholic Priests.

The Dooradoyle native who is a member of the Redemptorist Community in Cherry Orchard, Dublin says that priests “would say it can break their heart”.

Fr O’Connor was speaking in response to an article published in this paper last week which revealed that over 2,000 people in the parish of Kilmallock had signed a petition requesting that the Bishop of Limerick, Brendan Leahy, reverse a decision to transfer Canon Willie Fitzmaurice from the town to Croom.

Some 22 changes were announced by Bishop Brendan Leahy early last month for parishes across the diocese.

“It’s part of the job and vocation that you will move, and on the whole that is good but what I hear from priests is that it is very difficult to move when you are in your 70s. The church is expecting them to work right up until they are 80 or as long as there is breath in their voice and they can stand,” Fr O’Connor told the Leader this week.

He said the church now has a situation whereby priests are being asked to work up until 75, 80 and longer - “asking them to do more than they have ever done before because of the shortage of priests - there is no next generation of priests”.

The shortage of priests he said is “a crisis”.

“We use the phrase eucharistic famine. There will be nobody to celebrate the eucharist in 10 to 15 years the way things are going. It is a mathematical certainty because there is only a handful of young priests.”

As a result, he said, older priests are now being asked to leave their home and the place they have become familiar with “to start all over again”.

“It is an extremely difficult thing,” he said. “It seems to me to be bordering on desperately unfair to move people when they are at that age. We wouldn’t like it to happen to our parents. What is at the root of this is there is no generation of new priests and the church needs to face that issue”.

While in the 1970s and 1980s “hundreds of priests - five and six hundred” were being ordained on an annual basis, today, Fr O’Connor said it is a fraction of what it was - “a trickle of priests coming through”.

“It is a crisis situation,” he acknowledged, adding that the a number of alternative possibilities need to be seriously looked at including allowing married men to be ordained, inviting former priests back into ministry - those who wish to serve again, and ordaining women as deacons.

On average, he said, a priest could make seven parish moves in his lifetime.

“Every seven years, so in the course of 50 years of ministry you could change seven times. It’s a lot,” he pointed out.

To those who would say that the priests enjoy a comfortable existence in terms of their home and car, Fr O’Connor said that having done parish missions around the country, “priests often live in big houses that are very badly kept - they are in an awful state. I used to hate having to stay in them because they were in such a poor state.

“These are houses which were built for another era that aren’t suitable for modern living and can be desperately uncomfortable. “Some priests have nice cars some don’t - it seems to me everybody has a nice car in Ireland - you can make all those points, The thing is - think of the priests like you would think of your uncle or your father or mother. When they are in their ‘70s or ‘80s you want them to belong somewhere and to be safe, secure and to be comfortable.”

Acknowledging that moving from one parish to another is part of a priest’s ministry, Fr O’Connor said the church needs to look at how it treats elderly priests.

“My sense is that because the church is not facing up to the vocations’ crisis, it is unfortunately asking too much from an older generation of priests.”

While priests might be slow to speak openly about loneliness and adapting to change, within the Association of Catholic Priests - which has over 1,000 members - “this is an issue that regularly surfaces”.

“The word belonging is the word they use. ‘I belong there. I have friends. I feel comfortable. I know the house. I know the people. I know the routine.’ Starting again with new people, new ideas, new structures - very hard. They would say it can break their heart.

Fr O’Connor says that there should be a cut-off age of 70 years of age for transferring priests from one parish to another.

“I would support that because it might force the church to recognise the crisis that it has - at the moment, it’s eyes are closed to the crisis,” said Fr O’Connor. “They are generous men generally, they haven’t been interested in money or success or anything like that. Where we live is where we belong and it’s terribly upsetting for someone late in life to have to move.”