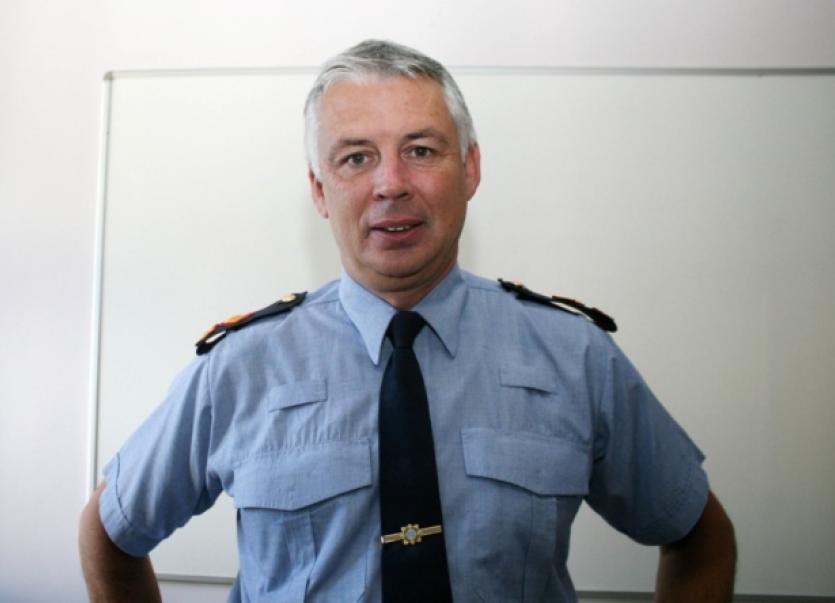 AFTER almost two-and-a half years as the head of one of the largest garda districts in the county, Superintendent Alan Cunningham has departed Bruff garda station.

AFTER almost two-and-a half years as the head of one of the largest garda districts in the county, Superintendent Alan Cunningham has departed Bruff garda station.

The County Louth native has been transferred to Carrickmacross, County Monaghan in the first reshuffle of personnel in An Garda Siochana since Noirin O’Sullivan was appointed as acting commissioner of the force.

“I want to thank the gardai for their dedication and service. I would like to thank the community in Bruff and all the people from the different sectors in the community and those in the courts – the solicitors and staff for all their help and assistance over the past two-and-a-half years,” said Supt Cunningham who lives in County Monaghan with his family.

Prior to taking up the post of superintendent in Bruff, Supt Cunningham was a detective inspector in Monaghan town. He was also previously a sergeant in Castleblayney which is a sub station within the Carrickmacross district and worked as an inspector there for a period of time, in the absence of the superintendent.

During his tenure at the helm of Bruff garda district - an area that covers the size of County Louth - Supt Cunningham was responsible for overseeing the introduction of a community text alert scheme.

“We were the first district in the country to pilot the text-alert scheme. We started it in Bruff and it has been rolled out now as a national venture. We got a national recognition award for the structure of how we set up the scheme, last October – that was great,” he said.

Following the closure of a number of rural garda stations he also oversaw the introduction of new community-based garda clinics.

“We set up clinics for the various stations - there were clinics set up to facilitate people who may have had no transport – that should be very successful into the future,” he added.

The announcement of the reshuffle was made late last week and Supt Cunningham finished at Bruff garda station on Monday. He began his new post in Carrickmacross this Wednesday morning.

While happy to be based closer to home, he says he will miss life in Bruff.

“While I will be very happy to get home, it was be tinged with a little bit of sadness,” he noted. “There will always be a little bit of my heart in Bruff for the rest of my days. There will be times when I am back down – and I will definitely look forward to that.”

The changes have been authorised by Ms O’Sullivan as she re-organises the force in the wake of the resignation of her predecessor, Martin Callinan, hours before a crucial meeting of the Government. They also take account of gaps that have emerged in the senior ranks following resignations and retirements over the past few months.

While various names have been mentioned in relation to the now vacant superintendent post in Bruff, there has been no official announcement of who will fill the position.

It is understood that an inspector will be appointed to fill the role in the interim.