Limerick ready for a ‘French invasion’ for Munster match 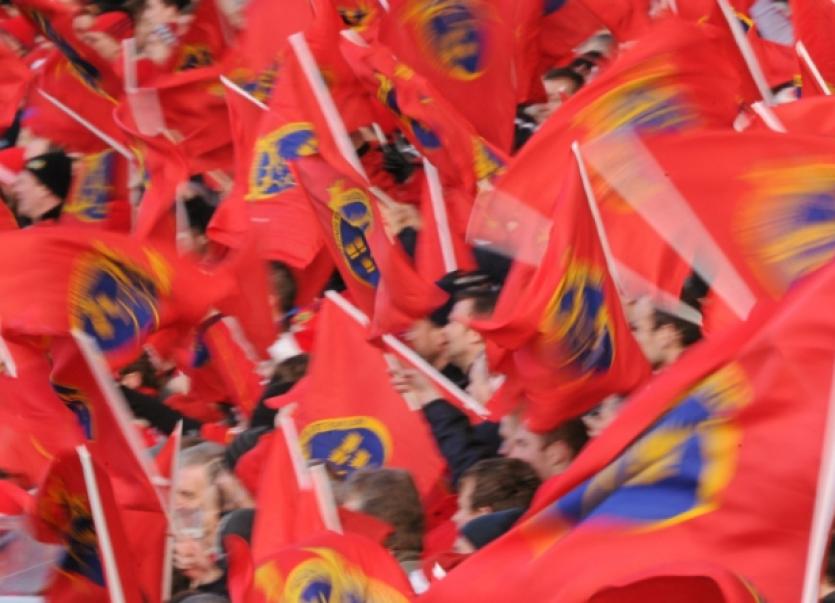 OVER 3,000 supporters of the aristocrats of French rugby are expected in Limerick over the coming days for the Heineken Cup quarter-final showdown between Munster and Toulouse.

OVER 3,000 supporters of the aristocrats of French rugby are expected in Limerick over the coming days for the Heineken Cup quarter-final showdown between Munster and Toulouse.

Munster Rugby have confirmed that Toulouse took 3,200 of their allocation for their first trip to the city and, despite reports that resourceful Munster fans might have got their hands on a significant share of those, a big contingent of French fans is still expected to travel.

Former Irish and Leinster colossus Trevor Brennan is bringing 200 supporters on a chartered flight from his home in Toulouse through his rugby tour business, as well as the team themselves, who land in Shannon this Thursday.

Brennan’s travel business is located out of Lisnagry, where a staff of four co-ordinate his tours. They brought 150 rugby mad fans, and former stars including Peter Clohessy, Alan Quinlan and Brent Pope to the Lions games in Australia.

Mark Pinsent explained that the supporters charter will arrive on Saturday and “sold out in three days”.

“They are coming in on Saturday morning, landing at about 9.30am and are straight down into Clohessy’s Bar for food, drinks, music, then the match and back then to the Greenhills for a debrief, after the match, which is a chance to watch the Clermont-Leicester game,” he explained.

“Trevor is coming over on that flight, that is his job, he entertains people and is brilliant at it, we handle the logistics here. We were contracted by Stade Toulouse themselves. We know that there is a lot of people coming over, making their own way,” he added.

Saturday’s 1.30pm kick-off will be Munster’s fourth home quarter-final since the stadium was re-developed in 2008, and their sixth in eleven years in the competition. It also is the first home quarter final since the shock defeat to Ulster almost two years ago.

Close to 26,000 fans will crowd into a capacity Thomond Park, while many thousands more will watch the game in pubs around the region. Hotels are full and the potential economic impact to the region from a home quarter-final has been previously estimated at between €6m-€10m.

John Cantwell, stadium boss in Thomond Park, said the game’s “value can’t be underestimated in terms both of the economic impact and the feel good factor as well”.

“It would boost the economic situation for everybody concerned,” he explained.

“We are just delighted to have it. We don’t budget for games we mightn’t have - sport is a fickle business and you could lose out for something not to do with performance, but because of luck, so to have achieved the home quarter is a relief and it does influence our budget in a good way, a positive way, like it does for everybody in town and around the region.”

Towering Munster lock Paul O’Connell has admitted that the game will be a “mammoth task”, particularly on the back of a defeat to Leinster in Dublin last weekend.

“It’s great to be at home and everything but this is an incredible team with incredible players and incredible talent so it’s a massive task for us,” he said this week.

Meanwhile, City of Culture is putting on a “marvellous morning of Munster mischief” to mark the occasion.

‘Musicians, Magicians, Les Chanteurs et Jokers’ will feature some of Limerick’s finest performers, some 30 in all with over 100 individual performances.

The free, family event takes place on Thomas and Little Catherine streets from 10.30am-12.30pm this Saturday.