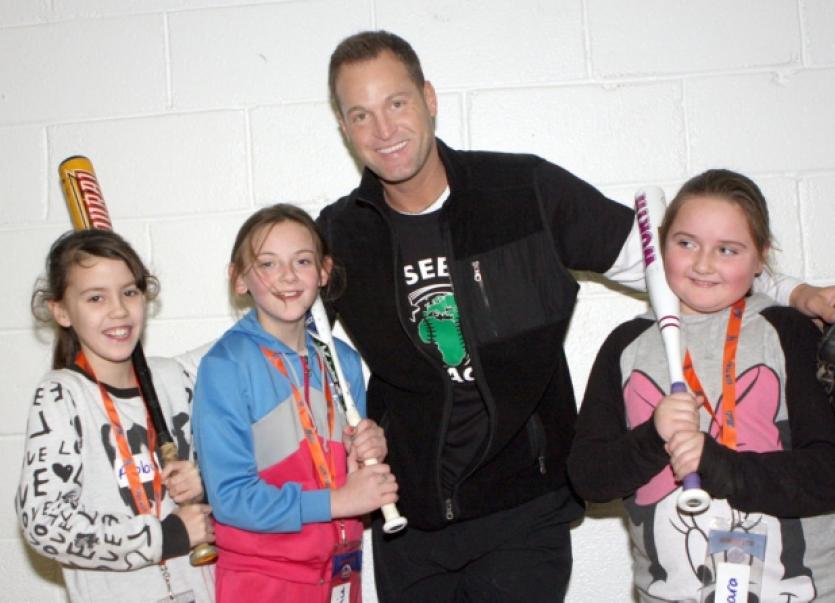 CITY children have learnt baseball skills from some of the top major league players in the United States.

CITY children have learnt baseball skills from some of the top major league players in the United States.

Thanks to a link up between the Chicago White Sox, and the Franciscan Friars of Moyross, baseball stars jetted over to the Limerick Institute of Technology to teach children the best way to pitch, bat, and catch.

Under the Baseball Miracles initiatives, a team of baseball and softball instructors travel the world to teach youngsters with “economic and environmental disadvantages” globally.

They aim to reach out to youths who have never played the game before.

As well as sport, they also delivered motivational talks.

Br Thomas, of the Franciscan Friars, said: “There was a great buzz about the day. The children were saying how much they enjoyed it. They did drills and exercises, and learnt the practical skills of throwing, catching and batting. They were very excited, and they participated very well.”

Br Thomas said that many of the children from Moyross in particular have developed a passion for baseball in a short space of times.

“Since Saturday, we have been seeing in the cul-de-sac children with their gloves, balls and bats, playing. It gives them something to do. We are hoping to organise a game or two of baseball off the back of this,” he added.

Br Thomas said that in terms of motivation, the children were taught that “the true definition of greatness is not necessarily about the money you have in the bank, it is about using the skills you have.”

Food on the day was supplied by school meal provider Carambola Kidz. And as a memento of the day, the children received free baseball gear, including gloves and bats, as well as a personalised photographic baseball card.