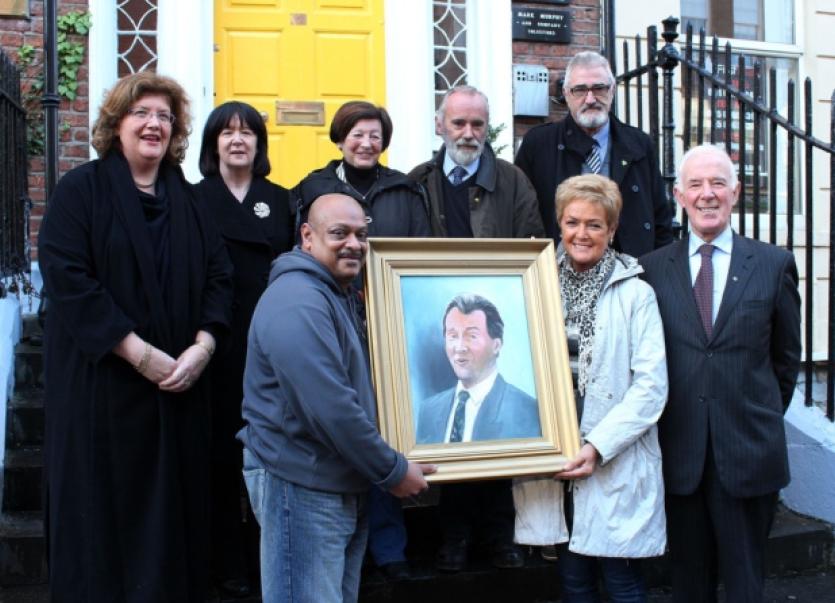 THE murdered Limerick detective Jerry McCabe would have celebrated his 70th birthday later this month and ‘would have loved a party’.

THE murdered Limerick detective Jerry McCabe would have celebrated his 70th birthday later this month and ‘would have loved a party’.

Sadly, his widow Anne McCabe, told this newspaper “unfortunately it was not to be”. “It’s 17 years since Jerry died, even though it only feels like the other day. But he has never been forgotten. There isn’t a day goes by that Jerry’s name isn’t mentioned, I mean that sincerely, not a day. He would have been 70 this month, and he would have been planning a party, so it’s a very sad month for me but this is a great honour. It’s very touching and very moving,” she said.

Anne was presented with a painting of her late husband - who was murdered in Adare in 1996 during an attempted robbery of a post office van - on behalf of the southside Limerick residents’ association, who said they “didn’t want him to be forgotten”.

It was painted by full time artist Paul Weerasekeva, originally from Sri Lanka, who has been living in Limerick for over 20 years. “On behalf of all my family, I am delighted and thrilled with this and I’d like to thank everyone. It will occupy a lovely place in my home,” said Anne. His birthday would have been on Friday next November 22.