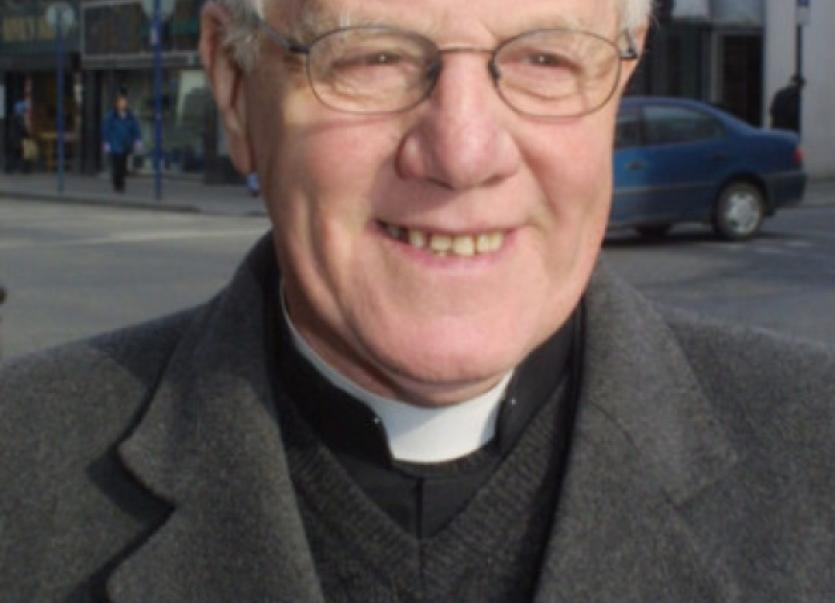 BISHOP of Limerick Brendan Leahy has led the tributes to the late Fr Fred McDonnell, who spent the last 10 years of his life as curate in Parteen/Meelick.

BISHOP of Limerick Brendan Leahy has led the tributes to the late Fr Fred McDonnell, who spent the last 10 years of his life as curate in Parteen/Meelick.

It was on a visit to Medjugorje in 1998 - when he was aged 65 - that the retired bus inspector decided to become a priest. What makes his story even more extraordinary was that Fr McDonnell had been married and raised a family of five.

The pilgrimage to Medjugorje had been a promise Fred made to his dying wife Ann a few weeks earlier. Having received the blessing of his children to answer his vocation, Fred McDonnell packed his bags for Rome to train for the priesthood when others of his age were kicking back with the pipe and slippers.

When he was ordained in St John’s Cathedral, he was 69 years old and spoke of his wish to serve for at least 10 years as a priest - a wish that was realised when he passed away last month just shy of his 80th birthday.

“I visited Fred a number of times earlier this year when he was ill and he showed immense courage through this time,” said Bishop Leahy.

“He had immense faith and to become a priest he had to go to college to Rome and in the autumn of his life. This was a huge commitment as he had to uproot for three or four years and get used to a different culture. But he had his calling and I was so struck by the fact that he prayed that he would be granted 10 years as a priest and his prayers were answered.

“He was hugely popular and very much loved in the Meelick-Parteen parish where he served. He was a gentle and caring soul and a lot of people confided in him. His 10 years of priesthood remind us of the gift that priesthood is for the church and the importance of praying for vocations. In respect of Fred, so many people benefited from his years as a priest. He will be dearly missed.”

A native of Kilalee in the heart of Limerick city, Fr McDonnell worked with CIE for 40 years. After marrying Anne Connery, he settled in Clancy Strand and raised a family.

The homily at Fr McDonnell’s funeral mass in St John’s last week was delivered by his cousin Fr Pat Kelly, a Redemptorist priest and native of Ballinacurra.

He recalled that his cousin had “just retired as an inspector with CIE when Ann died”.

“Her death was a terrible blow. But Fred had a deep faith, a very traditional faith, and it was this faith that helped him through. Then one day, many months after Ann’s death, after a trip to Medjugorje, he shocked us all when he told us that he was going to become a priest. Now that cannot have been an easy decision at his age – taking up a whole new way of life: the study, the Roman food, the separation from his family – but Fred was nothing if not determined and he got through to be ordained here in St. John’s Cathedral on February 16, 2003.

But he had taken to the priesthood “like a duck to water” and loved ministering to parishioners. With his life experience, he had been able to relate to his flock in a unique way. Fr McDonnell was also recalled as a man of action who shortly after his arrival in Meelick, took to repainting the church on his own until his parishioners pitched in.

Fr McDonnell is survived by his children Theresa, Shane, Helen, Lorna, Ada and Mary; relatives and many friends.