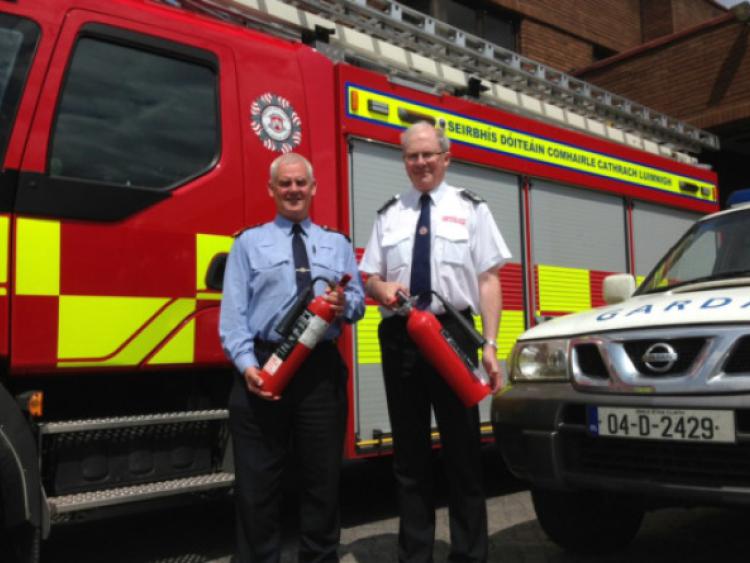 GARDAI from across the Limerick division are to receive basic fire safety training through a new partnership with the Limerick fire service.

GARDAI from across the Limerick division are to receive basic fire safety training through a new partnership with the Limerick fire service.

As part of the initiative, which began on Monday, gardai attached to stations across the city and county will receive training at Limerick Fire station on Mulgrave Street.

Gardai from Henry Street, Mayorstone, Roxboro Road, Castleconnell, Bruff and Newcastle West were among the first to receive the training this week.

According to the head of the Limerick garda division, Chief Supt David  Sheahan, around 10% of the force in Limerick will receive the training over the coming months.

The training, which is being provided by staff based at Limerick Fire station includes basic advise and guidelines on the proper use of fire extinguishers.

While the aim of the training is primarily to maintain health & safety standards at garda stations, it is hoped gardai will also develop a greater appreciation of the work that is done by members of the Limerick Fire and Rescue Service.

“This is about managing risks and it is great that we can do this locally rather than sending people away for the training. If the skill base is available here locally, then why not use it,” said Chief Supt Sheahan.

He also welcomed the interaction between members of the force and their colleagues in the fire service.

“It’s even better when we can work with our sister agency because at the end of the day, we end up at a lot of the same incidents at the same time and it is about being able to communicate with them and share ideas and skillsets,” he added.

Chief Fire Officer, Michael Ryan, has welcomed the new partnership. “I’m delighted that we have been able to start this initiative where we are providing fire extinguisher training to gardai and we will be rolling this out over the coming months and we will also be looking at other possibilities in terms of providing training to the gardai and looking at where the gardai can assist the fire service.” he said.