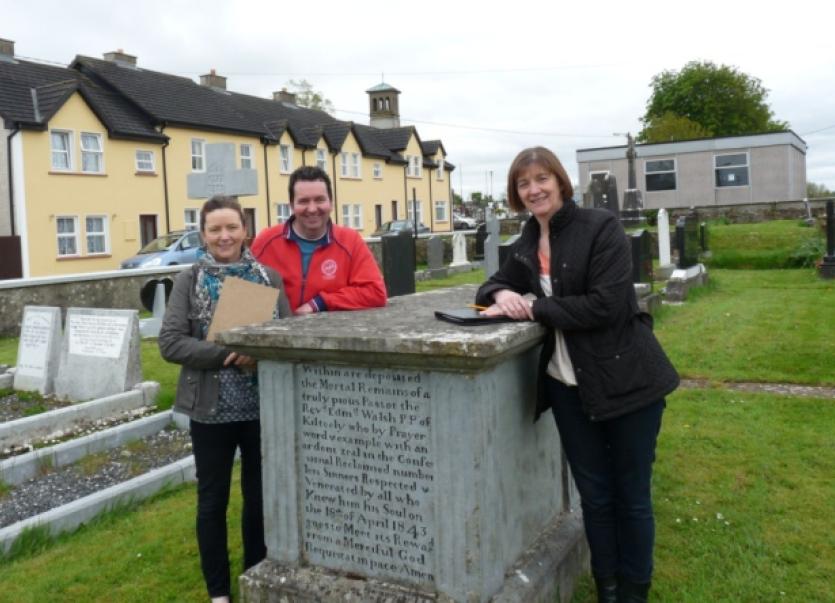 IT IS a bit of a trip from Australia to Kilteely-Dromkeen for a pint but that is exactly what one couple are doing.

IT IS a bit of a trip from Australia to Kilteely-Dromkeen for a pint but that is exactly what one couple are doing.

Bevan and Janene Lynch are travelling from Queensland to County Limerick for the parish’s festival and Gathering in mid-July.

“It might be a long way to go for a party, but what better opportunity to meet my Irish relatives and enjoy a Guinness or two,” said Bevan.

In 1840 John and Bridgit Lynch emigrated to Victoria. Bridgit was an O’Dea from Kilteely. A distant relation, Ed O’Dea, said they hope to have many more coming from near and far like Bevan for their celebrations.

Ed has been involved in local history and genealogy for 10 years. They actually came up with the Gathering idea first as between 1977 and 1985 they held their own reunions.

As part of this year’s Kilteely Dromkeen Community festival they have organised a number of events focused on local history and family heritage.

“There is still plenty of time for families to link with their family members in other parts of Ireland and across the world and invite them to visit and participate in the planned activities,” said Ed, who is joined in the Gathering committee by Larry O’Grady, Carmel Gleeson, Mairead Murphy, Tom Jones, Theresa O’Dea and Bill Hennessy.

On Thursday, July 18 they are holding a cross road dance with traditional music. On Saturday, they have hired an open top bus to take a trip along the old country roads and trails of Kilteely and Dromkeen.

“The bus will stop off at points of interest and we will have local historians pointing out where the ancestors of visitors lived,” said Ed.

On Sunday, a workshop will provide an introduction to genealogy and on-line resources to trace ancestors. Locals will help the search for relatives and their history through local parish records.

On Tuesday, Tom Toomey, well known historian and author, will give a lecture on the topic of the local Whiteboys and the Dromkeen Ambush.

Ed says they will also return to the days of yore when there was no TV and neighbours used to call to each other’s house for a simple chat.

Mr O’Dea says they hope those who have left for economic reasons in recent years will return as well as those like Bevan who didn’t realise he was from Kilteely-Dromkeen until recently.

“I am quite proud of my Irish heritage and am looking forward to learning more about it and just experiencing the region my family came from.

“I understand that John and Bridgit were married in Kilteely and it is great that the family descendants are still living there.

“The Gathering concept is quite brilliant and definitely prompted us to travel at this time,” said Bevan. For more information see the Kilteely Dromkeen Community Festival Facebook page.