Limerick boy made of write stuff at national spelling bee 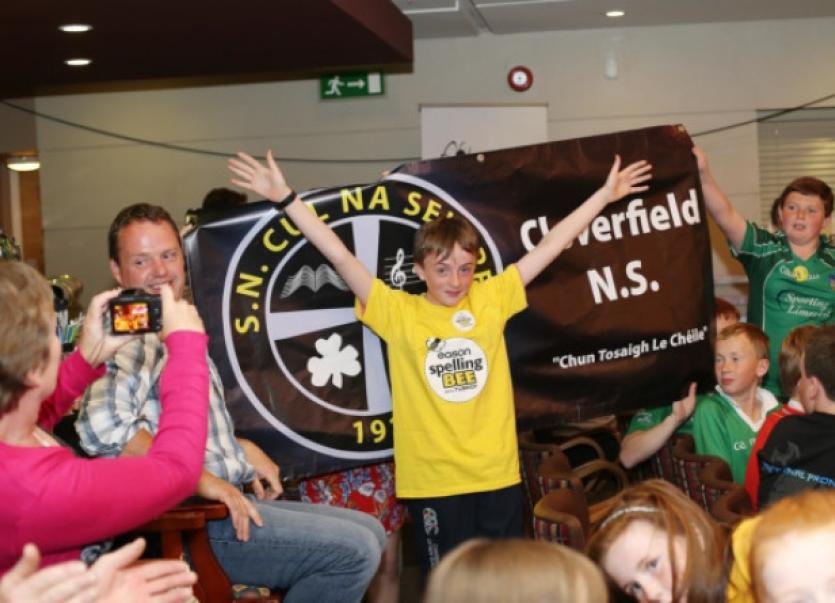 A COUNTY Limerick primary schoolboy has created a buzz by finishing second in a national spelling bee competition.

A COUNTY Limerick primary schoolboy has created a buzz by finishing second in a national spelling bee competition.

Killian Ryan, who will be going into sixth class next term, attends Cloverfield National School.

First of all he beat the best spellers in Limerick, then Munster.

The final of the Eason spelling bee was broadcast live on 2fm’s Tubridy Show.

Killian went head to head against four other competitors from Connaught, Ulster and Leinster at the All-Ireland final in RTÉ Studios.

The young man from the parish of Kilteely-Dromkeen was narrowly pipped at the post but can proudly say he is the second best young speller in the country.

Ryan Tubridy said: “Everyone on the Tubridy Show are just amazed at the spelling ability of the students taking part. Congratulations to every school involved.”

Killian was joined at the final by his family, principal Noreen O’Dea and classmates.

David Field, head of marketing at Eason, said a big well done to everyone who took part in the 2013 Eason Spelling Bee Final.

“This year we had almost 600 children, double the amount of last year taking part this year and the standard was simply outstanding.

Thanks to the support of 2fm’s Tubridy together with teachers and schools from across Ireland, we can proudly say that this year’s competition was the best yet,” said Mr Field.

It is part of an overall Eason literacy and reading initiative that aims to inspire children to develop a greater appreciation of words in a fun and educational way, and encourage them to perfect their spelling and hone their pronunciation skills.