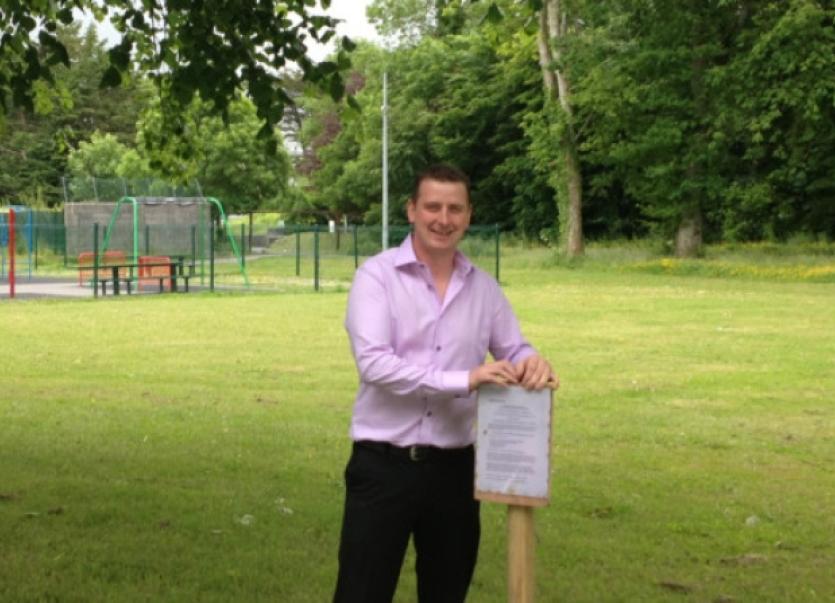 Councillors at Monday’s council meeting welcomed the project that is estimated to cost between €150,000 and €160,000.

It is to be located beside the children’s playground in Castle Demesne and designed especially for teenagers.

Cllr Damien Riedy said: “We were all teenagers once upon a time”.

“Not all teenagers are into sport and they have no where to go in the town. The vast majority are very good but the problem with some is they are bored and have nothing to do.

“People get annoyed with them loitering. This is a great opportunity to do something that will last long into the future and will be of great benefit for the whole of Newcastle West,” said Cllr Riedy, also a member of Newcastle West Community Council who originally proposed the idea.

The multi-use games area is an astro-turf pitch that teenagers can play a range of activities on. A running track will encircle this and the skate park. A teenage seating area is included as well as lighting and CCTV.

The land is owned by the council, all the plans have been drawn up by and planning has been granted.

The only spanner in the works is West Limerick Resources have had their funding cut by €1m. However, they are fighting to try and reverse it.

“Currently West Limerick Resources are going through their projects that haven’t been completed. We are still pretty optimistic of getting the money but if there is a problem we are going to break it into individual pieces - skate park then the multi-use game area etc,” said Mr Riedy, who thanked everyone who volunteered their time to get the project off the ground in Newcastle West and Caroline Curley and Christy O’Connor of Limerick City and County Council for their support.

Cllr John Sheahan congratulated all involved, while Cllr Michael Collins said he hoped the money would be drawn down quickly.

With the outgoing cathaoirleach saying teenagers were not catered for. Work is hoping to commence by autumn.