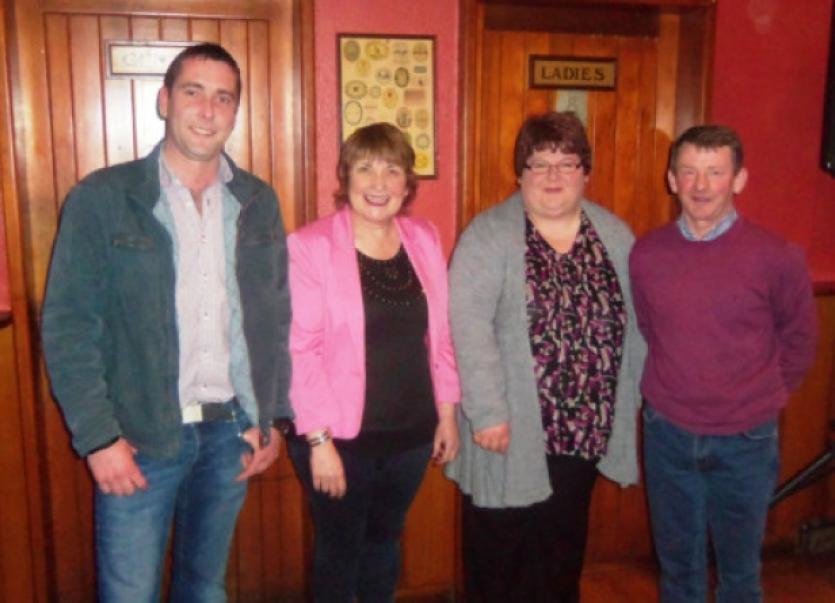 THE LOCAL elections don’t take place until 2014 but don’t be surprised to see posters of candidates going up in Kilteely/Dromkeen soon.

THE LOCAL elections don’t take place until 2014 but don’t be surprised to see posters of candidates going up in Kilteely/Dromkeen soon.

Two ladies and two gentleman have thrown their hat in the ring to be elected the first Mayor of Kilteely/Dromkeen.

The one who raises the most money will be deemed elected without reaching the quota. All the proceeds will go towards supporting the Kilteely/Dromkeen festival.

Now in its fifth year, organisers aim to make it as financially friendly as possible for families in these recessionary times.

Chairman of the festival committee, Tom Jones, said they aim to make their fifth event the biggest and best to date.

It is being held over five days from Thursday, July 18 to Monday, July 22.

“Ballyhoura are a great support and want to add to that. Instead of charging a family €15 for an event we want to charge a fiver,” said Tom.

They are including a Gathering theme too.

“We have a sub-group of the committee working hard on genealogy workshops. They are taking photographs of parish and school records.

“If people want to trace their local roots we can facilitate them in that regard. Historian, Tom Toomey, is doing a talk. We would love for people who have connections to the parish to come back for the festival,” said Tom.

The mayoral election was launched in Ahern’s on Sunday night.

“They are taking part in the spirit of good fun. They are all well known and great community people. The four will run a number of fundraising activities in the coming weeks and months,” said Tom, who is joined on the festival committee by Valerie Greene, John O’Dea, Noel O’Dea, Glen Flanagan and Liam O’Dea.

The winner will receive a year’s free broadband from KBO and there will also be prizes for the three runners-up.

He or she will be announced as the Mayor of Kilteely/Dromkeen during the July festival.

“There is great community effort going in to the festival. It is all about putting a small location in County Limerick on the map. We are hoping to build on last year’s success and consolidate it,” said Tom.

Meanwhile, Ahern’s in Kilteely is hosting the latest event in the Friends of Limerick ‘73 charity efforts. A general knowledge quiz takes place on Saturday, April 13 at 9.30pm.