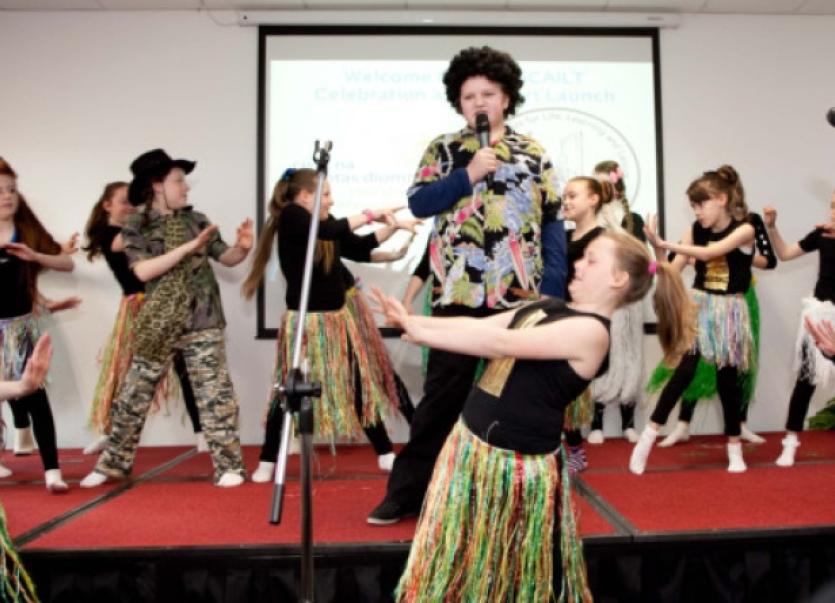 It was a joyous affair on Friday morning at a sunny Thomond Park as Minister of State Jan O’Sullivan TD launched a report on Oscailt - an after-hours schools programme - in Limerick city.

It was a joyous affair on Friday morning at a sunny Thomond Park as Minister of State Jan O’Sullivan TD launched a report on Oscailt - an after-hours schools programme - in Limerick city.

Primary school students from throughout the city performed a variety of music and dance acts to showcase the benefits of the Oscailt initiative to open schools for life, learning and leisure.

The scheme funded by the dormant accounts fund was administered by the Department of Education and Skills in association with the Transforming Education through Dialogue (TED) in Mary Immaculate College.

The 22 Limerick city schools, that participated, took advantage of an opportunity to maximise community use of their premises and facilities through a €1.694m fund. This was capped at €77,000 per school - to cover capital expenditure and operating costs over two years.

Ms O’Sullivan speaking at the launch said: “I’m delighted that I’m here with you today to celebrate the success of Oscailt and also to hear the intention expressed to continue with Oscailt because that is what has to be done. This is an absolutely positive news story. We saw the brilliant performances today - that is very much evidence of what is being achieved.

“Oscailt was a response to the regeneration proposals that were announced by John Fitzgerald a number of years ago now. As minister for housing and planning I have responsibility with regard to regeneration - but I’ve always believed that regeneration isn’t just about building new houses. Some of the most important elements of regeneration are the elements we see here in this Oscailt programme - about giving children a better future, about seeing communities develop all kinds of social skills. Oscailt is a brilliant example of what a response to regeneration should be,” said Ms O’Sullivan

The report, through focus groups, details the outcomes of the scheme; the differences made to the lives of the children, parents, adult learners and communities affected by the scheme.

Dr Higgins said: “We learned that Oscailt facilitated development of links between the schools and the department and TED, that it built trust and solidarity among members, that it was well run and well attended and that it nurtured collegiality.”