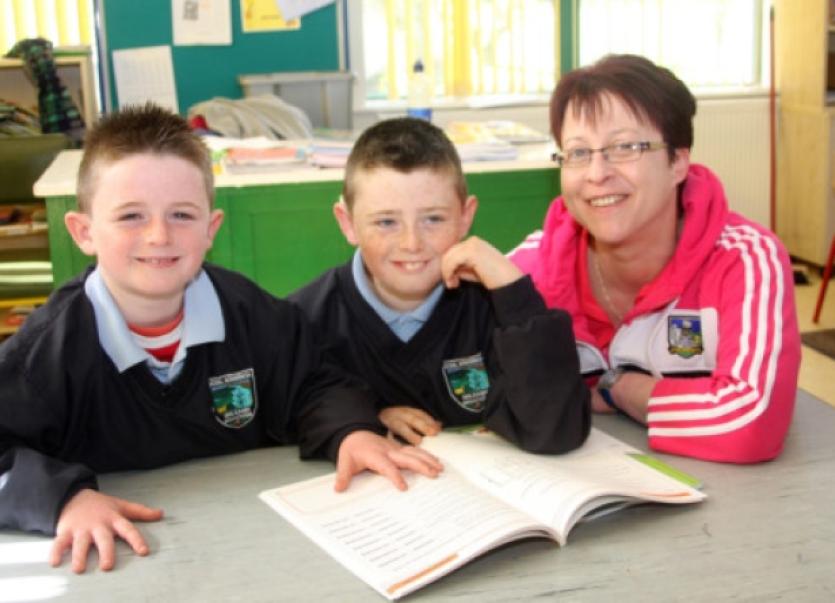 KYLE McCarthy seemed like a perfectly healthy toddler. His parents Tessie and Jonathan rarely, if ever, had to get up to attend to him at night.

KYLE McCarthy seemed like a perfectly healthy toddler. His parents Tessie and Jonathan rarely, if ever, had to get up to attend to him at night.

It was only after their four year old son was involved in a car accident that they became aware that he had been, for some time, suffering with a serious kidney condition.

“He was knocked out unconscious in the crash and when they transferred him to the hospital he actually had a very bad kidney infection so they treated him for that,” his mum Tessie explained.

“He was fine and came home and two days later be got very, very sick.” Kyle underwent a scan, the results of which showed he had a serious kidney condition.

“He had undeveloped kidneys. He had poly-cystic kidneys. They were really small. One of them became really badly infected and they removed that so he is only surviving on a small percentage of one kidney,” Tessie explained.

“Only for the car crash, we wouldn’t have known. They reckoned that when he was getting the kidney infections, he had become so used to the pain that you would never know the child had an infection.”

This weekend, in the community hall of his home place of Glenbrohane, a variety concert will take place in aid of Kyle who is now 11.

Unfortunately, the fun-loving, fourth-class student has had to cope with a number of health problems throughout his young life.

As well as suffering kidney failure, Kyle has an oversized bladder and has had to undergo surgery on his two hips in recent months.

“They could see the hip was slipped but they weren’t sure whether his hip was infected. They kept him in the Regional for two days. He was transferred to Temple Street Hospital in Dublin after New Year’s,” Tessie explained.

“We were up there for two weeks. He was very sore when he came home. They had arranged to bring him back up. They looked at the x-ray and said he would have to get his left hip done as well. He got that done at the end of February.”

While his hips are continuing to heal, sadly, the sports-loving Kyle has been told that he cannot play sports for a year and a half.

Due to his kidney and bladder condition, the brave young boy also has to be tubed through his stomach every three hours to release excess urine and he is on a bag at night, again to take away the excess fluid.

“He was on a transplant list but was taken off it while he was getting his hips done. We are going back up on April 23 so we are hoping that they will give the go-ahead for him to go back on it,” Tessie explained.

“We are up and down to Temple Street every month for bloods, to see how his kidney function is and his iron levels.”

Despite all the set-backs, Kyle keeps his chin up and loves going to school.

“He loves school,” said Tessie. “He has a special needs assistant, Winnie McDonnell, who is very good,” continued Tessie who thanked the local community, the school and the fundraising organising committee in Glenbrohane for their continued support.

The fundraising variety concert featuring Mike Cleary and friends takes place this Friday night at 8.30pm in the community hall in Glenbrohane.

Tickets and information are available from Theresa at 087 7983412 or in the local shop or from any member of the community association.