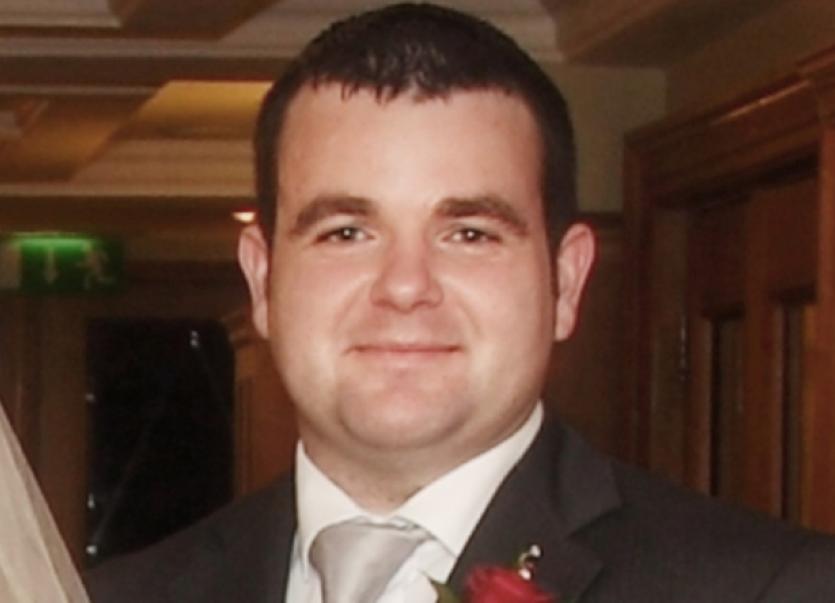 MOURNERS at the funeral of Bryan Whelan who drowned while working on Thomond Bridge were yesterday told he died while trying to keep others safe.

MOURNERS at the funeral of Bryan Whelan who drowned while working on Thomond Bridge were yesterday told he died while trying to keep others safe.

The 29-year-old from Bridgetown was one of three men who became trapped after the cage platform they were working on fell into the river Shannon at around 3.30pm last Saturday afternoon.

TJ O’Herlihy, 36, from Castleisland also drowned while Paul Murphy, 36, from Askeaton managed to escape and was rescued from the water by members of Limerick Marine Search and Rescue.

Mr Murphy was one of the hundreds of mourners who attended the funeral of Mr Whelan in Kilbane on Tuesday.

“So there is that consolation, that he was still doing something worthwhile, even when he was taken in death,” Fr Bane added.

John Paul Whelan, the oldest of the three Whelan brothers, told mourners his family had been left heartbroken following Bryan’s death. “Our world, as we know it, was turned upside down,” he said.

Mr Whelan said his brother, who was his best man on his wedding day, was “charming, charismatic, and hard-working”.

Following his funeral mass, Bryan Whelan was laid to rest in Kilbane Cemetery in a solid oak coffin draped in a jersey of Broadford GAA club, with whom he had played hurling.

The funeral of Mr Herlihy is to take place on Friday in Castleisland.

Meanwhile, the survivor of the catastrophic incident on has said the death of two of his colleagues will be “very hard to come to terms with”.

Paul Murphy, 36, who is originally from Wexford but who lives in Askeaton, has spoken of the workplace accident that claimed the lives of the two men.

The three men were working on the bridge in a cage like structure suspended by a cable over the River Shannon when the structure snapped free and plunged into the water. All three were harnessed and wearing lifejackets. Only Mr Murphy survived.

“I heard a bang and then I knew I was gone. I was taken under the water. My mouth was full of water and I couldn’t see a thing. It was pitch black. People asked me if I could see the boys, but I couldn’t see anything,” Mr Murphy told the Irish Examiner.

“I knew that there was only one chance and I caught the rope which was attached to the harness on my back. It’s like a rock climber’s harness and a rope onto your back with a big hook attached to the cage.

“I pulled along the rope and whatever way I got the hook, it opened first turn and I caught onto a bar and pulled myself up from the cage. The life jacket inflated and this shot me up to the surface about two meters from the bridge. I can’t swim and the boys on the bridge shouted ‘calm down, calm down, lie back.

“One of the lads on the bridge was my brother-in-law Trevor who had the job controlling traffic. With the life jacket, I was taken down the river. I shouted about the two boys. They raced up and got to the lads and cut off the harness with knives and got them in. They started CPR and did their best to get them going.

“One second we were laughing and joking, the usual on a building job and the next thing they were gone. It is very hard to come to terms with it. There were a few moments on Saturday when I thought I would never see my unborn child.”