‘Hurleys and hammers under beds’ as fear grows in county Limerick 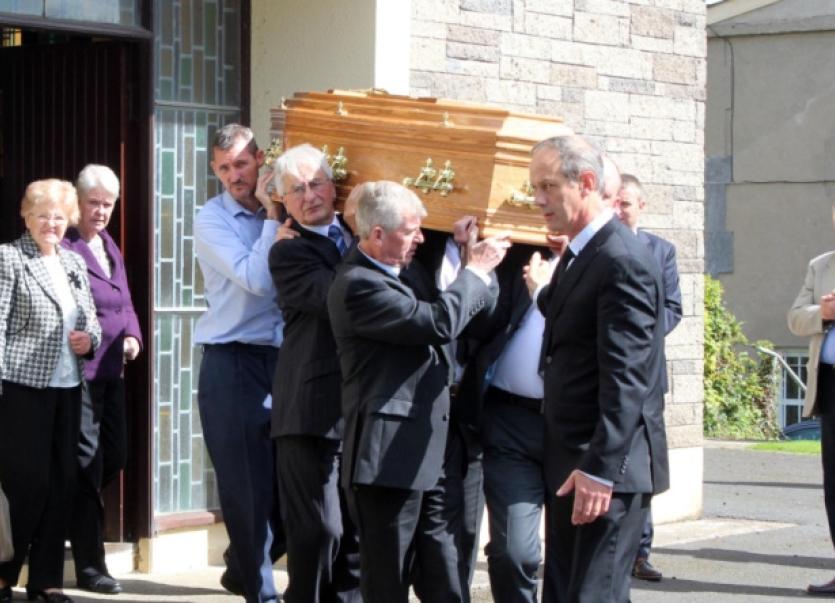 COUNTY Limerick residents have resorted to storing hammers, iron bars and hurleys under their beds, in a bid to protect themselves from criminals, a retired garda who worked in the village where a man died during a botched burglary, has stated.

COUNTY Limerick residents have resorted to storing hammers, iron bars and hurleys under their beds, in a bid to protect themselves from criminals, a retired garda who worked in the village where a man died during a botched burglary, has stated.

Following the death of John O’Donoghue, 62 – who was buried this Tuesday after he suffered a massive heart attack and died when confronted by intruders at his home in Doon – calls have been made for legislation to be brought in immediately to deal with criminal elements who are targeting homes in rural areas.

“If we go back to when Roy Collins was murdered, in fairness to Dermot Ahern who was justice minister at the time, he rushed legislation in at the time to deal with organised crime,” said Cllr Sean Lynch, a retired garda detective.

“This is legislation that needs to go before the Dail and be rushed in.”

Since news of Mr O’Donoghue’s death broke last Thursday, there has been widespread reports of people in rural communities “living in fear and feeling vulnerable to criminals”.

“People are saying ‘I have a hammer under the bed’ or ‘I have an iron bar or hurleys’ - that’s a natural reaction to what happened, protect themselves. It’s sad,” commented Gerry Connors, who served as a garda in Doon for 32 years.

“People in their 60s or 70s can protect themselves but when you go into your mid to late 70s or 80s or up as far as your 90s - what can you do? You are a sitting duck. They are the people you would be frightened for.”

Cllr Lynch believes that tougher sentencing for burglaries must be brought in to combat the mounting threat posed by criminals – three years for a first offence, and for a subsequent offence, seven years.

“Now that is a very strong deterrent,” he noted.

“The second deterrent is to hit all these people who have been living off the State since the day they were born. Since they came into this world they have been entitled to everything - free this and free that. We know what free legal aid costs the State.”

The Fianna Fail councillor believes it will “be a long time before we see extra manpower in rural Ireland”.

“You saw what we got at the last passing out - we got five gardai in Limerick and that’s five in the city between Henry Street and Roxboro.

“The morale has never been as bad among gardai as it is at the moment. They are being stretched beyond imagination. They are under the spotlight whether they are on duty or off duty. The Pulse system has been nothing but a total disaster because everything now has to be accounted for. No matter what phonecall comes in, there has to be an incident created which is very time consuming.”

The death Mr O’Donoghue has also reignited the debate over the closure of rural garda stations. The station in Doon was shut for the final time in March 2012 and the nearest station is Bruff which is located some 19 miles away.

Inspector Luke Conlon who has been appointed to oversee the Bruff district which covers the village of Doon said “every district in the country is affected by resource shortages - there is no magic solution to that”.

In relation to the incident in Doon last Thursday, Insp Conlon said: “On behalf of the gardai in Bruff, I want to thank the local community who assisted the gardai. They gave invaluable assistance to the gardai who were at the scene.”

The gardai were assisted by members of the public in chasing down the culprits who are now before the courts (see page 9).

The total staff in the Bruff garda district including gardai, garda sergeants, Inspector Conlon and civilian staff is approximately 50.

Speaking at the funeral of Mr O’Donoghue in Doon this week, the local parish priest, Fr Tony Ryan, who administered last rites to John O’Donoghue in the yard of his Toomeline home, said the pensioner has “not died in vain” and the circumstances of his passing has raised a national awareness of the fear elderly people are living in within rural communities. “I feel there is a growing awareness of that need to look out and watch out for each other with care and concern and perhaps our politicians will see to increasing a garda presence on the ground in rural Ireland again to reassure all who feel so alone and vulnerable,” said Fr Ryan.

This week, Fine Gael TD for Limerick County, Patrick O’Donovan said that Limerick would take ownership of 15 new garda vehicles this year which will boost the fight against rural crime. “Some of these vehicles are already in action”, he said.

“New garda vehicles will really help the fight against crime in our communities. While better road networks provide great opportunities for local businesses, they also make it easier for burglars to travel”. Deputy Niall Collins, who attended Mr O’Donoghue’s funeral Mass, spoke of the “huge sense of grief” in the local community following last week’s events.

“I agree with the comments of Fr Tony Ryan who stated at the funeral Mass that the government needs to radically rethink its approach and policy to rural policing.

“People are feeling vulnerable and isolated and criminals seem to have free rein across the countryside.”

Independent councillor Emmett O’Brien said “the Government must stop paying lip service to rural Ireland. A total of 139 garda stations have closed on their watch”.