A story of forbidden love between girl 14, and showman,48 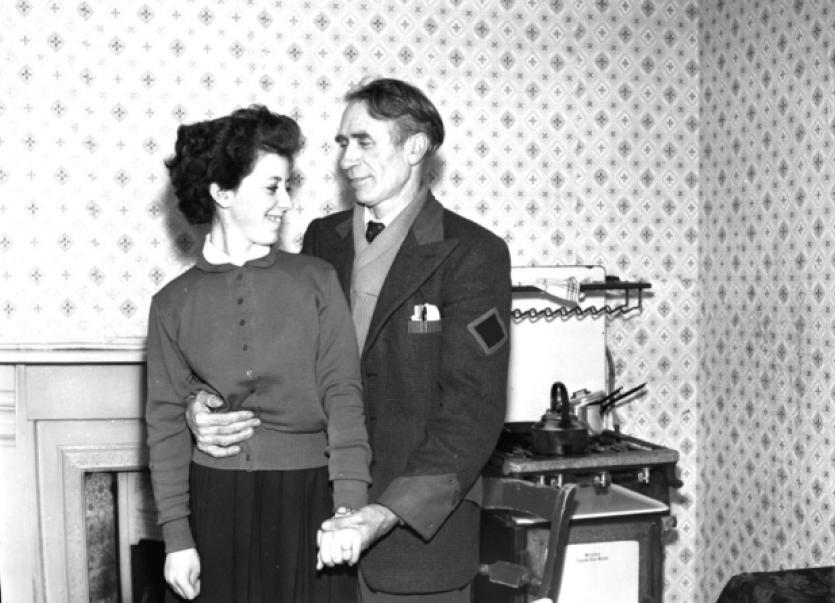 IT is a story of forbidden love between a 14-year-old girl and a 48-year-old man that became headline news 55 long years ago – and this week, the central figure has finally revealed the untold story of the controversial couple’s time together.

IT is a story of forbidden love between a 14-year-old girl and a 48-year-old man that became headline news 55 long years ago – and this week, the central figure has finally revealed the untold story of the controversial couple’s time together.

It is decades since Limerick woman Mary McCormick has spoken of her story publicly – about how she fell head over heels in love with showman Valentine Cecil McCormick, who was 34 years her senior.

This week, in an extensive interview with the Leader, she paints a vivid description of the journey her life took when she married the man she loved at 15 and ran away with him to join the circus.

The tale of romance, secrets, love, and mystery would see the teenage girl become the talk of her village, the focus of front-page news, and the main witness in a Circuit Court case which heard a fascinating account of forbidden love, the most intriguing kind of all.

When 14-year-old Mary Corkery first laid her eyes on Valentine Cecil McCormick, at a picture show in Elton near her Knocklong home, she was overtaken by a feeling she had never felt before. It was new, thrilling and all-consuming.

“I don’t know, just something clicked and that was it,” recalled Mary this week in the feature which can be read in our Leader 2 section. “He had a fabulous, strong-willed personality.”

And so their courtship began. There was no telling friends of stolen first kisses, tender exchanges, or journeys taken, the age difference meant they had to keep their love a secret so they kept their courtship out of sight.

Letters crisscrossed the country before Mary left with Valentine one day with only the clothes on her back. “Mom was upset and I have to admit today, I was bold. I was very bold. She was upset and then dad was totally against it, naturally. I was following my heart but I was heartbroken for mom as well.”

After Mary left with Valentine, the gardai were alerted and so began a nationwide hunt for the young lovers which had the press of England and Ireland searching for their whereabouts.

When he found out that he was wanted by the gardai, Valentine went into a Dublin garda station and gave himself up. “It was rough at home - very rough, understandably,” says Mary. Nothing however, would stand in the way of their love. Mary had turned 15 on July 4, 1959. She became Mrs McCormick in Westland Row Catholic Church in Dublin on September 16, that same year.

In a case that sparked huge media interest, Valentine McCormick was charged with unlawfully taking Mary McCormick who was living with her parents, out of their possession on July 4, 1959. The case was heard in various local courts including Kilfinane, Bruff and Kilmallock before it went to the circuit court in Limerick.

Mary gave evidence. She was a full day in the box. “I was asked everything – where I went, how I went, did we sleep in different rooms – everything.” The court heard that the couple slept in separate bedrooms in the hotels they stayed in. Mary stands by that evidence today.