Tributes flow as Limerick designer John is laid to rest 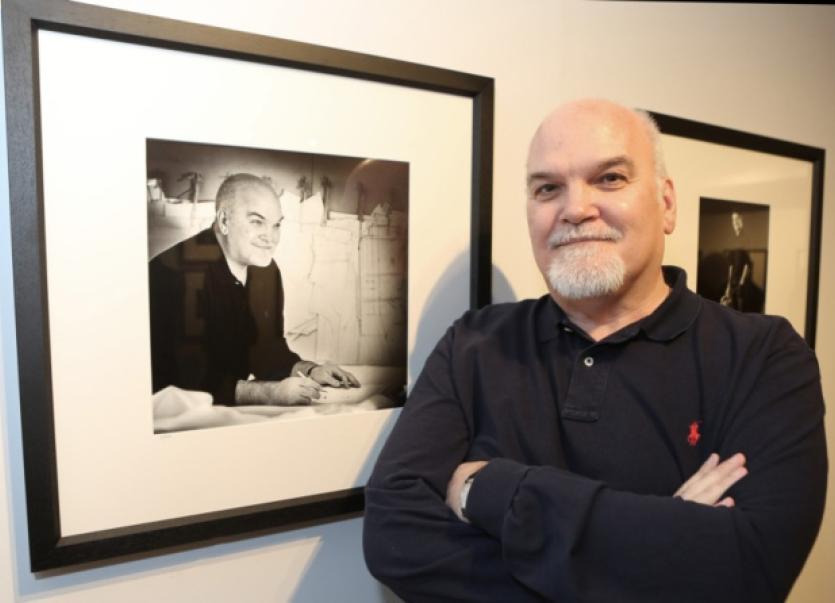 Many tributes were paid this week to Limerick fashion designer John McNamara, who was laid to rest this week and who counted among his many distinguished clients the former President of Ireland, Mary Robinson.

Many tributes were paid this week to Limerick fashion designer John McNamara, who was laid to rest this week and who counted among his many distinguished clients the former President of Ireland, Mary Robinson.

His brother Michael, one of the most recognisable voices in the Mid-West from his time with RTE radio, told the congregation at the funeral in St Joseph’s Church in Limerick city that the family had been “left devastated at how sudden the Lord had decided to take”, the very popular and much-loved designer, who was just 57 years of age, and who died following a short illness.

He detailed how John’s talent and ambition had shone through at a very early stage in life when, at their home on South Circular Road, he was able to turn a tablecloth into an impressive hat, and curtains his mother Nora had destined for the bin were transformed into equally impressive dresses.

Son of Michael and Nora McNamara - who was an academic and not interested in fashion - John was able to eventually win her over. And not just his mother, but a legion of fans who loved his style and made a bee line to his design studios at Quinlan Street, next to South’s pub.

John was very honoured to be designer to President Mary Robinson, and loved visiting Áras an Uachtaráin, and the fact that the President wore his designs on trips all over the world.

Michael McNamara told the packed congregation how, with his brother Gerry and members of his family at his side, they had said goodbye to John in the University Hospital Limerick.

Also at his bedside was one of his best friends, Catherine Bourke, who worked with John for 30 years helping him create the outfits that earned him accolades all over Ireland and even further afield.

Michael spoke about this “wonderful, kind brother”, who looked after his mother for the last six years of her life, tending to her every need, and also to his dad Michael in the weeks before his passing.

John had a host of close friends including Limerick Chronicle columnist Richard Lynch of I Love Limerick.com, a website which John helped every week in getting positive messages out about what was happening in Limerick.

“Everywhere John went he touched people with his kindness. Just being around John made everyone feel better,” said Richard this week.

“What people may not be aware of was his huge involvement with ILoveLimerick.com for the last four years. John handled all of our social media such as Facebook, Twitter and the Facebook group, responded to email inquires and also helped me edit my newspaper column every week.”

One of the last projects John was involved in was the exhibition Celia Lee, Style Icon, which is currently running at the Hunt Museum.

He persuaded style queen Celia Holman Lee - his close friend - to display the vast array of dresses she accumulated over the past 40 years, which included numbers from most local designers, including John

“He was an incredible designer, an amazing human being, kind, considerate and a true gentleman,” said Celia, who wore a stunning outfit that had been designed by John at the funeral.

“He was one of the best tailors in the country, absolutely amazing. John had hundreds of friends that loved him in so many circles, not just in fashion. He played bridge, he used to cook, he had so many friends and was a true gentleman. We are all just devastated,” she added.

“We were friends for over 30 years. I would never have done that exhibition without him and he held my hand the whole way through.”

John trained in Dublin’s Grafton Academy and then London’s Kingston College and worked with top international designer Ib Jorgensen before returning to set up business in Limerick.

He had a great personal touch and often would bring clients with him to decide on the material for the magnificent ball gown, he would later design.

Fittingly after the funeral Mass and burial, family and friends retired to the Hunt Museum to view his last and very successful project.