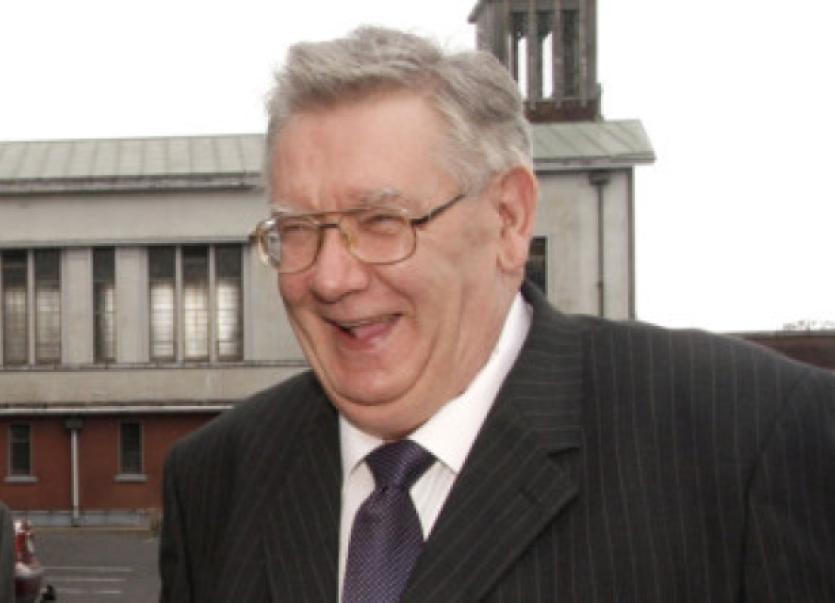 Tributes have been paid to Frank O’Malley, former chief executive of Shannon Foynes Port Company who passed away at the weekend.

Tributes have been paid to Frank O’Malley, former chief executive of Shannon Foynes Port Company who passed away at the weekend.

Mr O’Malley, who was aged 72, was buried this Tuesday in Robertstown cemetery following a funeral mass in his native Loughill. The large attendance at both the funeral and removal the night before from Madigan’s funeral home in Shanagolden was testament to the respect in which he was held.

Patrick Keating, chief executive of Shannon Foynes Port Company said staff there were “deeply saddened” to hear of his passing.

“Frank was a former CEO of the port authority here at Foynes and had huge passion for the area and activities on the Shannon Estuary,” said Mr Keating.

“He played a role in the growth of the port here at Foynes and, resultantly, in the Shannon Foynes Port Authority’s evolution into Ireland’s largest bulk port authority.

“He retained an active interest in activities here long after his retirement and will be greatly missed by all who knew him.

“We extend our sympathies to his wife Dolly, son Brian, daughters Grace and Rose and other relatives and friends.”

Another person who worked closely with Mr O’Malley was Margaret O’Shaughnessy, chief executive of the Foynes Flying Boat Museum who this week recalled the support he gave to the establishment of the museum.

“Frank would have been the CEO of the Port Authority when we went looking for space to house the flying boat museum,” she recalled this week.

“He was a man who very much had Foynes to the forefront of everything he did.

“He did a great job in running the harbour and it was very important to him to have Foynes port up there with the very best of them,” Ms O’Shaughnessy added.

Mr O’Malley, who had been suffering from cancer, is survived by his wife Dolly, son Brian, daughters Grace and Rose, brothers Michael, John, Cathal and Fr Dan, grandchildren Lauren, Róisín, Muireann and Ruadhan and a large extended family.