‘Limerick is a safer place. We want to come back’ - Steve Collins 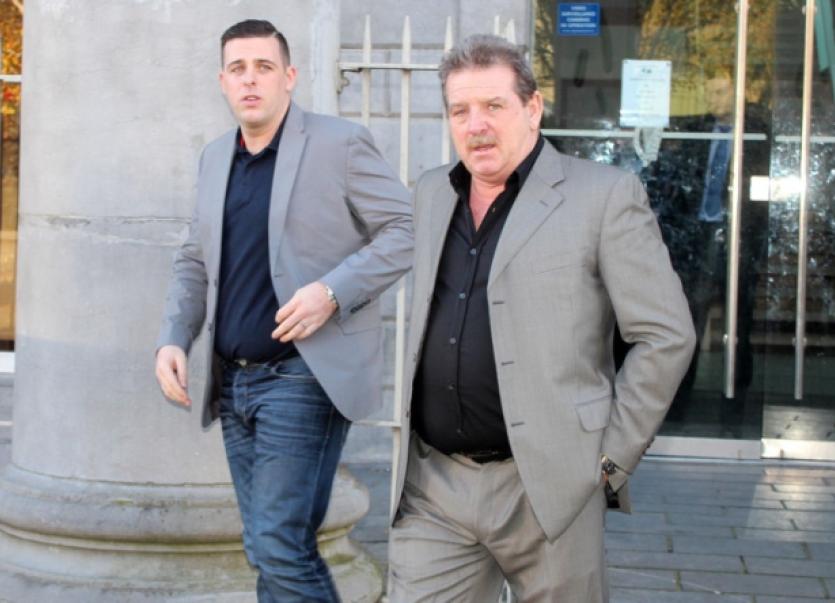 A FAMILY forced to flee Limerick due to the reign of terror inflicted by a criminal gang, culminating in the murder of Roy Collins, would love to return to the city and one day rebuild their shattered lives here.

A FAMILY forced to flee Limerick due to the reign of terror inflicted by a criminal gang, culminating in the murder of Roy Collins, would love to return to the city and one day rebuild their shattered lives here.

An emotional Steve Collins was speaking outside the courthouse at Merchant’s Quay in Limerick this Wednesday afternoon, following the inquest into his son Roy’s death, five years after his life was taken.

The court heard that Roy, a 34-year-old father of two who was engaged, died as a result of a single gunshot wound, in the premises next door to his father’s pub in Roxboro on April 9, 2009.

In March 2012, Steve Collins and his family entered the state’s witness relocation programme and have since been living in an unspecified location.

However, inspite of the heartache they endured in Limerick for a decade, Steve said they would love to return home.

Asked if he could feel safe in Limerick again, he said: “I think we will. A lot of these gangsters have been put away and things have changed now. What they did to me was that they stepped over the line. You don’t do that - not to innocent people. Now that they’re locked away and locked up I’d feel a bit safer now.”

But he said any decision to come back to Limerick is currently out of his hands, and is “up to the gardai and my security people.

“I’m looking forward to someday them telling me that. I’d love to come back to Limerick. Again, it’s something I have to be guided by - by the people that know best.

He said his family are now glad the inquest is behind them - more than five years after Roy’s death. It had been delayed due to the Central Criminal Court trial this summer, which saw Wayne Dundon and Nathan Killeen jailed for life. James Dillon was earlier sentenced to life in 2010.

“It’s great to get that over with, because it’s something that the family wasn’t looking forward to. It’s upsetting, but it’s finished now as far as I’m concerned. Hopefully someday, someday I’ll get my life back to the way it was before. It’s been difficult, it’s been very hard on the family. All these things bring it back up again. At least we got justice - that was the one good thing we got out of all of this. The gardai were fantastic, and the people of Limerick were fantastic.

“Now it’s time to rebuild as best we can, and hopefully one day come back home.”

However, he admitted that as hard as they try “we’ll never get over this. This is with us forever.”

During the inquest, Garda Steven Kelleher, Roxboro Road station, outlined that when he arrived at the scene of the murder around midday he saw two females waving to get their attention, while a man was shouting for an ambulance to be called. When he entered the amusement arcade, where Roy worked, he observed a male on the ground beside the victim, holding his hand and calling for an ambulance.

Roy said ‘I can’t breathe, I can’t breathe’ and the ambulance arrived at the hospital at 12.28pm. After 15 minutes of CPR he lost consciousness. His partner Melissa Crawford identified his body after 2pm, and by 3pm his body was removed to the morgue.

Steve said just shortly before the killing he spoke to his son in the Steering Wheel pub next door about Roy’s new home in Killaloe. A short time later his barman ran into his office to say someone had been shot next door.

He found his son on his knees, trying to hold himself up, and saw the bullet on the ground. He said his son was frightened and he tried to make him comfortbale.

“He told me he loved me and he loved his mum,” he wrote in his deposition, which was read out by Inspector Brendan McDonagh.

Professor Marie Cassidy, who carried out the post-mortem examination, said the only significant injury to his body was a gunshot wound to his trunk, which damaged his liver and aorta. The jury returned a verdict of murder.