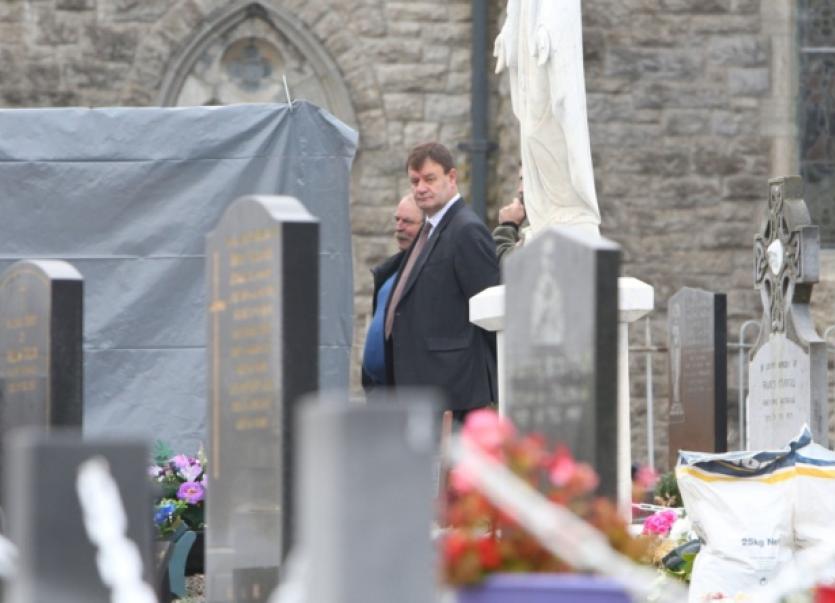 THE deputy state pathologist Dr Michael Curtis has carried out a post mortem on the body of Limerick woman Margot Seery after her remains were exhumed from the graveyard in Rathkeale yesterday.

THE deputy state pathologist Dr Michael Curtis has carried out a post mortem on the body of Limerick woman Margot Seery after her remains were exhumed from the graveyard in Rathkeale yesterday.

The results of the post mortem will determine whether gardai open an investigation into the Rathkeale woman’s death which occurred 20 years ago.

Ms Seery was found dead in her Dublin flat in October 1994. At the time, the cause of death was identified as choking and foul play was not suspected.

However, in recent weeks a man presented himself to gardai in Dublin, claiming that he had murdered the 42-year-old. Acting on this information, detectives from the Cold Case unit in Terenure applied to the Department of Justice to exhume Ms Seery’s remains in order to carry out a full post mortem.

The deputy state pathologist travelled to Rathkeale yesterday, along with a forensic anthropologist and detectives from Dublin to examine the remains.

The process of exhuming the remains began soon after first light. An initial investigation was later carried out by Dr Curtis before the remains were taken by Harnetts undertakers to University Hospital Limerick for a full post mortem.

The grave remained cordoned off yesterday evening and a number of uniformed gardai remained at the scene. The body was re-interred just before 6pm after the post mortem was completed. Ms Seery died in October 1994 in the Dublin flat in which she had been living at the time.

Nobody was sought in connection with her death as gardai did not believe foul play was involved. It is understood that the man who has allegedly confessed to killing the Rathkeale woman took gardai to the flat in Dublin where Ms Seery died.

Family members of Ms Seery, some of whom still live in Rathkeale, are being kept updated on developments by gardai.