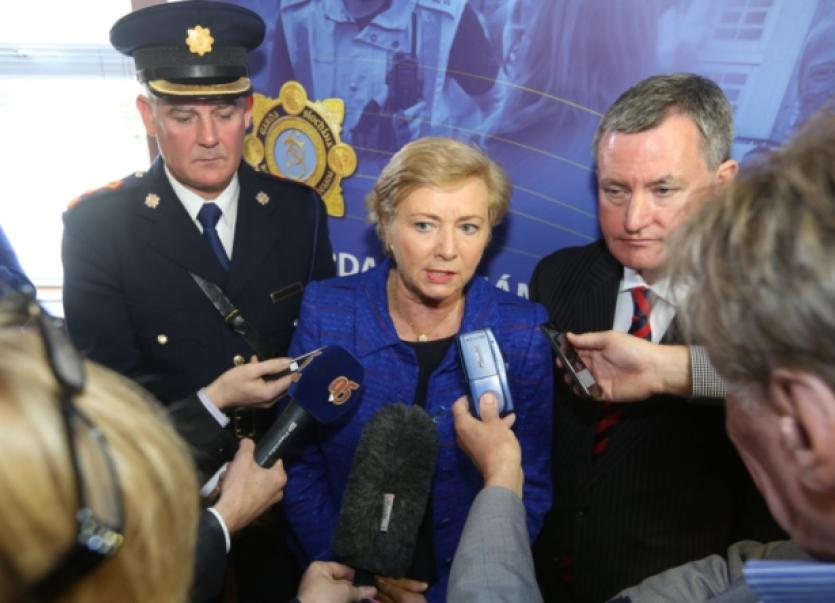 The Minister for Justice has thanked the people of Limerick for their role in helping gardai combat serious criminal gangs in the city,

The Minister for Justice has thanked the people of Limerick for their role in helping gardai combat serious criminal gangs in the city,

Speaking after meeting with senior gardai from the Limerick division, Minister Frances Fitzgerald paid tribute to those who have come forward and given evidence against criminal elements.

“I want to thank the people of Limerick for the way they have worked with the gardai. Clearly it has been critical and of course it has economic benefits as well. When you have high quality policing and you see the success that you have had here in Limerick it begins to impact - not just on peoples’ lives but economically as well and protecting witnesses, and working with the community has been essential,” she said.

The minister who was briefed by Chief Superintendent Dave Sheahan and other senior officers about some of the recent high-profile successes in Limerick, praised gardai from across the division for their ongoing efforts in tackling serious criminal elements.

“We hear a lot about An Garda Síochana, we don’t always hear the success stories and the detailed work that has to be undertaken in order to get convictions and to deal with gangland crime and that’s what’s been so successful here (in Limerick) and we are going to be relentless in continuing to interrupt criminal activity and gangland crime and so the visit here today gave me all of the information about all of the success here and the hard work that is involved,” she told reporters following the meeting at Roxboro Road garda station.

Minister Fitzgerald also praised the community involvement of the gardai saying that community policing, in particular, is hugely important in the battle against crime.