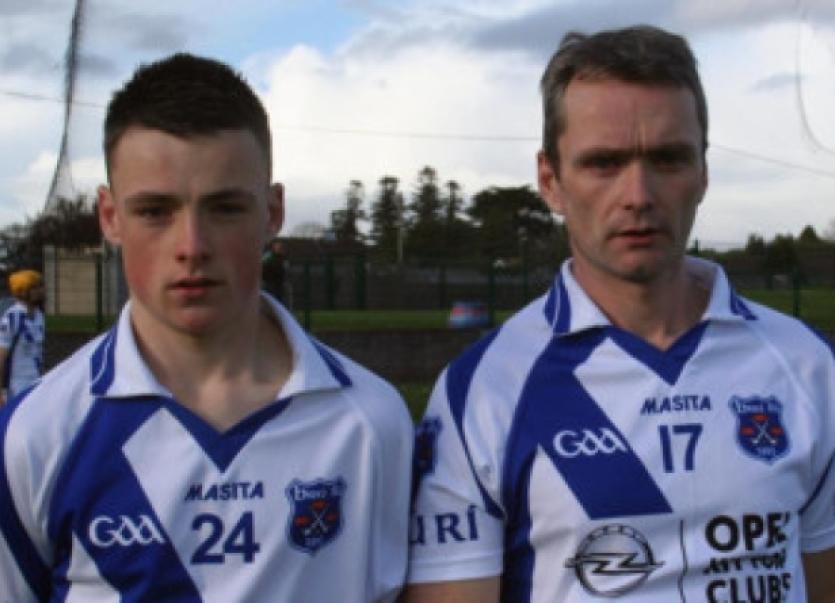 A WELL-known hurler who is awaiting a liver transplant after being diagnosed with cancer last year, is urging people to carry donor cards to help save a life.

A WELL-known hurler who is awaiting a liver transplant after being diagnosed with cancer last year, is urging people to carry donor cards to help save a life.

Stephen O’Halloran – who played both minor and U21 hurling for Limerick and has been a star player on the Bruree hurling team over the past two decades – was diagnosed with the disease after a spot was discovered on his liver.

“I’m officially on the list now for the transplant. It’s a case of when one comes up,” Stephen told the Leader this week.

Advances in technology and healthcare have meant that Stephen, 37, has been able to receive chemotherapy treatment at his home in Bulgaden over the past year.

An infection in recent weeks however required that he be admitted to St Vincent’s Hospital in Dublin for treatment.

“They are excellent people up there - brilliant,” Stephen commented.

“I was up there for 10 days. I was on antibiotics and painkillers. I came home on Thursday. The odd time, if my bloods aren’t right, they might keep me. This time around I had an infection. My energy is not great at the minute. I have good days and bad days ” he added.

Concerns were first raised about Stephen’s well-being after he lost a noticeable amount of weight over a short period of time.

He consulted his doctor, was sent for blood tests and the cancer was detected. He attended St Vincent’s Hospital in Dublin for further checks.

While initially his doctors thought that the removal of part of the liver would suffice, following further investigation they established that a liver transplant was necessary.

“I had a CT scan the other day to see that the cancer has been contained and I’m waiting for the results of that to come back,” Stephen explained.

To keep himself busy, Stephen has been closely monitoring the progress of both the Limerick senior and minor hurling teams. “I got to the seniors’ first game against Tipperary in Thurles. That was the only one I was at but I have been to all the local Bruree games,” he explained.

The father-of-one who is married to Marie O’Donnell from Kilmallock previously worked for Dell and has also played soccer for Rockhill Rovers, Kilmallock Utd, Charleville, Breska Rovers and Trinity Rangers. Despite his diagnosis, Stephen lined out for Bruree against Murroe-Boher in the county championship on August 2 of last year.

Since news of his illness first emerged, communities and sporting clubs across the county have been offering their support.