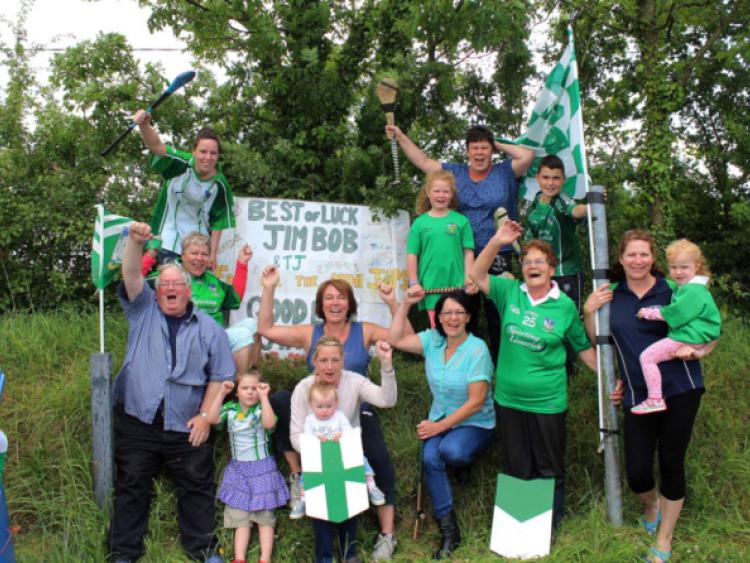 TWELVE months on from some of the most memorable scenes in Munster hurling history, up to 15,000 Limerick supporters will travel to Cork this Sunday in the hope of leaving The Rebels without a cause.

TWELVE months on from some of the most memorable scenes in Munster hurling history, up to 15,000 Limerick supporters will travel to Cork this Sunday in the hope of leaving The Rebels without a cause.

The Treaty men travel to Pairc Ui Chaoimh looking to retain the Munster title for the first time since 1981, and according to county board chairman, Oliver Mann, “things couldn’t be better” in the camp ahead of the mouth-watering clash with Cork at 4pm on Sunday.

The mood, he said, “is confident, but not overly confident”.

“We are just going to go down and make a supreme effort to retain both our Munster titles. Training has gone excellent. I don’t think it could have gone any better. The priority is that we go down to Cork and come home with our two Munster trophies,” said Mr Mann.

With both the senior and minor hurlers contesting the provincial deciders - the minors take on Waterford - fans are being urged to make their way to Pairc Ui Chaoimh as early as possible on Sunday.

“I would implore people to get to Cork for the throw-in of the minor final at 1.45pm,” said Mr Mann.

Gardai are warning motorists to expect delays en route as the annual Cahirmee Fair takes place in Buttevant on the day of the Munster final.

Gardai in Mallow have confirmed that there will be diversions via Doneraile for supporters taking this route.

Limerick manager TJ Ryan and his selectors will announce their starting team after training this Thursday evening.

Ryan feels that his team will need to improve on their semi-final showing to defend their crown.

“I’d like to think there’s a bit of scope for improvement, we’re going down to Pairc Ui Chaoimh, it’s a Munster final - there were areas we’d like to improve on, the start of the second half and seven to 10 minutes before half-time,” outlined Ryan.

“I think we are in a good place. You don’t get to a Munster final without having a great squad of players. We are constantly striving on and off the pitch to do whatever we can do to get over the line. It will be difficult - it will be a hell of a battle.”

After extensive discussions it was finally decided that a big screen would be erected in the city centre to cater for those not travelling to Cork for the game (see Nick Rabbitts story on page 5).

Iarnrod Eireann announced that they will be offering return fares for supporters from €9.99. They also added an extra direct train leaving Limerick at 11:00am.

The match will be televised live on RTE television and will also be broadcast on Limerick’s Live 95FM.