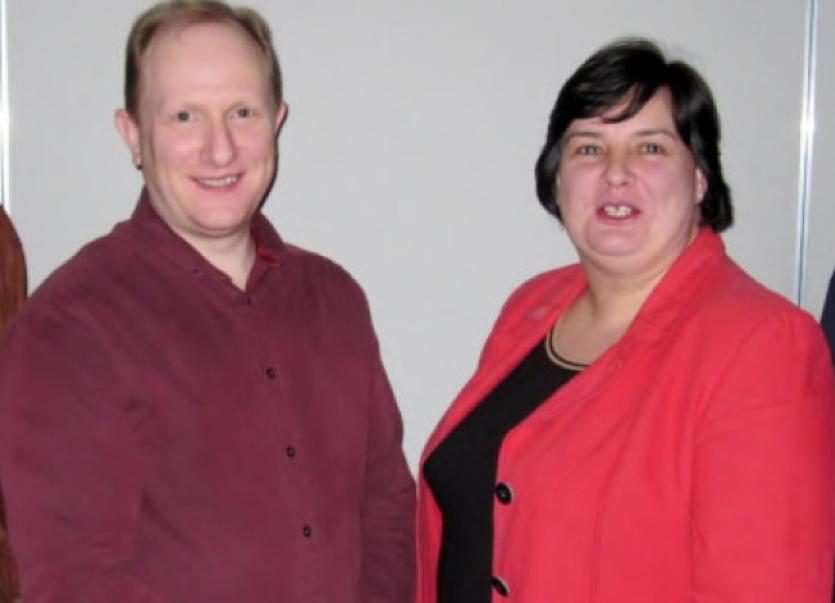 Dr Strain was speaking at an event in the Castletroy Park Hotel organised by the Mid-Western Veterinary Clinical Society. Around 70 veterinary surgeons were in attendance to hear the lecture about Johne’s disease and the control programme.

Vets play an integral part in the project as they carry out the on farm risk assessments. Vets have to get special training to carry out these farm inspections and give advice to the farmers.

The meeting was chaired by Mary Courtney, veterinary inspector in the Limerick regional veterinary office, who said Johne’s disease is very topical currently in agriculture.

“The disease is highly transferable. It is the same family as TB, it is very resistant. A lot of herds in Ireland, traditional closed dairy herds would be low risk. If you are expanding and buying in new stock from outside sources your risk of infection increases. And we are in an expansion stage, that is where the risk is. The most common way of spreading it is introducing a silent carrier,” said Mary.

Infection develops slowly and the signs of disease vary depending upon the stage of infection but begin with reduced productivity followed by weight loss, scour and ultimately emaciation and death.

“It could be there and you mightn’t know it, that is the big issue with Johne’s it is a very overt disease,” said Mary, who adds that another problem is that “no test is 100 per cent robust”.

“Dr Strain gave a very good talk for about an hour and a half. It was a very interesting and informative presentation,” she added.

In Ireland, he says the level of the disease is lower than most other countries.

“The estimate is 20 to 21 per cent of dairy herds have Johne’s disease which is still a substantial number,” said Dr Strain.

Touching on the voluntary control programme he says they agreed a cost sharing agreement between the department of agriculture and co-ops.

“The programme is structured into two main components - on farm risk assessments for the disease and identify unsafe practices. We try and identify the risky practices that might lead to either the introduction of infection or the spread of the infection within the farms

“There are blood, bulk, dung tests but the difficulty with all the tests is they are relatively insensitive. We are pretty good at detecting herds that are infected but we will almost certainly miss animals that are infected,” explained Dr Strain, who is encouraging Limerick farmers to log on to animalhealthireland.ie to find detailed information on Johne’s disease and on how to sign up for the control programme.

The younger the animal, the more susceptible it is.

“What we are trying to do is limit the contact between calves and adult cow dung, that is what it really boils down to - calf hygiene.

“Ensure that calves only get colustrum from a low risk cow, ideally the calf’s dam and try and avoid pooling milk,” said Dr Strain.

Bill Carmody, PRO of the Mid-Western Clinical Society, said Dr Strain is right up to date with the latest international research and it was an excellent meeting chaired by Mary.

He wished to express the society’s thanks to Mary, on her resignation from committee, for her work both as a committee member and office holder and wish her well in her presidency of the Veterinary Officers Association.