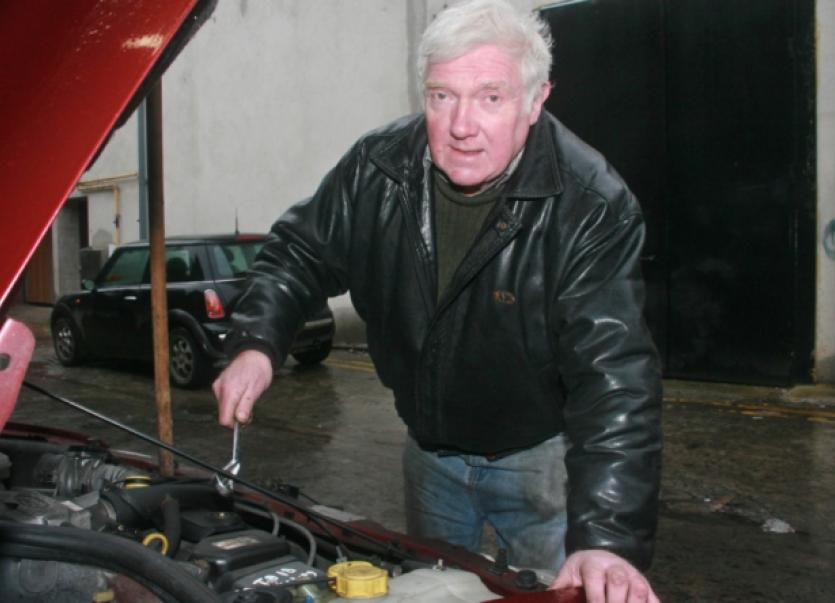 Mick, as he was known, who lived in Rockspring Gardens, off the Ennis Road, died peacefully this Sunday in Milford Hospice, aged 65.

He ran his garage business in a laneway just off Mallow Street, which he christened ‘Daly’s Lane’, and was planning to run as an Independent candidate in City North at the upcoming elections.

“He would have been very well got on the northside. He would have originally been from Thomondgate, born on the corner of the Quarry Road. He had a good business in town. I know he had his issues with the Belltable. We always had a chat whenever we met each other in town, and I was looking forward to him contesting the election in May,” Cllr Quinlivan said.

The mechanic had a long running and high-profile dispute with the now-closed Belltable Arts Centre, claiming that renovations to the theatre adversely affected his business.

He hit the headlines when performances at the Belltable, during its re-oepning in 2011, were interrupted by noise as he worked in the lane, behind the theatre, at night. Mr Daly maintained he was simply working as he had always done over the years.

He will be reposing in Griffin’s Funeral Home, John’s Gate this Tuesday from 5.30pm until 7pm, before being removed to St Munchin’s Church, Clancy Strand.

His funeral Mass takes place at 11am on Wednesday, February 19.

He is survived by Margaret, and sons Mark and Derek, as well as brothers John and Brendan, sisters-in-law, nieces, nephews, relatives and friends.

Donations if desired to Milford Hospice.