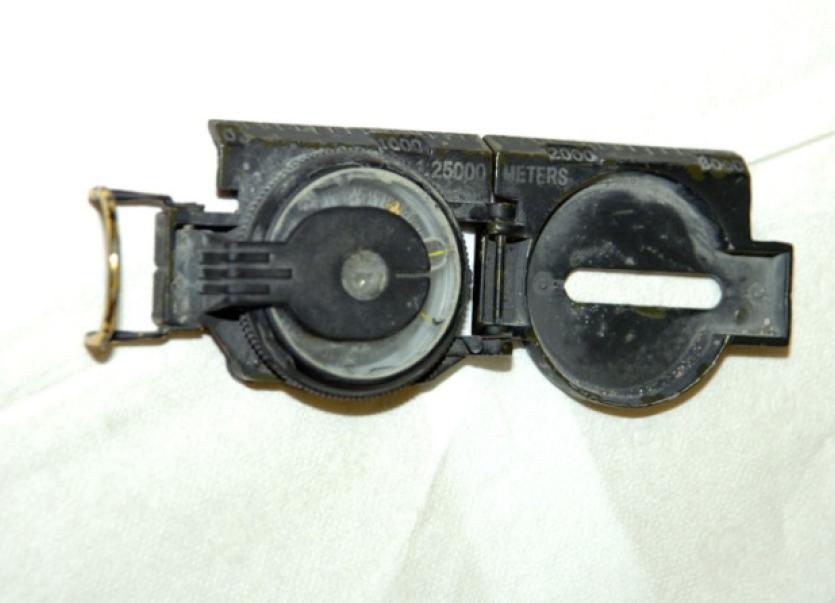 IT SEEMED destined to lie in An Post’s returned goods centre for eternity, but a rare compass which never made its way to France in the post four years ago has been returned to its rightful owner.

IT SEEMED destined to lie in An Post’s returned goods centre for eternity, but a rare compass which never made its way to France in the post four years ago has been returned to its rightful owner.

After the Limerick Leader recently highlighted the 50,000 items of undeliverable mail which make their way to Limerick each week, RTE presenter Daithi O Se picked up the story on the Today show on RTE One.

A few days later, viewer Peter Laurent from Wexford was reunited with a family heirloom he thought was lost forever.

The nursing student was stunned while watching the show to see a special report on An Post’s Returned Letters Centre in Limerick, with Daithi displaying a compass dating from the 1936 Berlin Olympics.

Peter immediately identified it as one belonging to his late grandfather. He had presumed it was lost, having never reached its intended destination. “I couldn’t believe it. I posted it to a friend in France almost four years ago but it never arrived. The stars must be aligned in my favour at the moment. I think I’ll hold on to it this time,” he said.

Daithi said: “It’s great that we’ve been able to reunite Peter with this family heirloom. I think he has learned his lesson to put a return address on parcels in the future.”

Adrian Gordon, the operations manager at the centre, explained that lost letters and goods are kept for a minimum of three months from their receipt in the centre.

The bulk of the 50,000 items delivered to them in the Docklands business park on the Dock Road each week are letters, along with 300 to 400 parcels.

When people post items with an incorrect or incomplete address, and fail to write their return address, An Post’s staff in Limerick - some 19 ‘postal detectives’ are forced to open the items in a bid to find the sender or intended recipient.