Fears that 53 Limerick post offices could be ‘wiped out’ 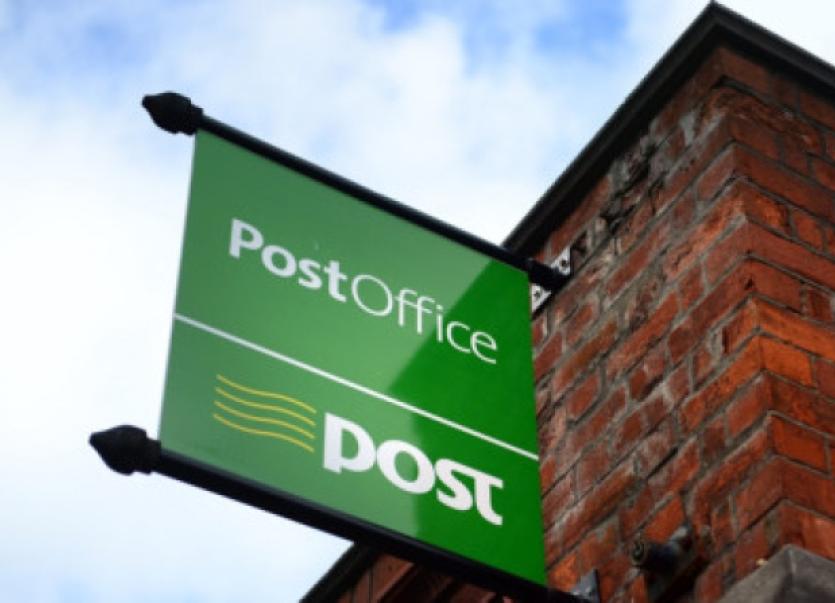 THE post office network in Limerick – which includes 53 branches – will be virtually wiped out by 2017 if the government fails to deliver a plan to sustain it, a Limerick postmaster has warned.

THE post office network in Limerick – which includes 53 branches – will be virtually wiped out by 2017 if the government fails to deliver a plan to sustain it, a Limerick postmaster has warned.

A public rally took place at the Greenhills Hotel in the city this Wednesday night to inform the public of “the definite risk to rural Ireland and also small and medium towns”.

“What is important to understand is that current government policy will shut down post offices by 2017 - small, medium and large - all offices. The end result of this would be devastating for the communities.”

A contract was recently signed between An Post and Social Protection to deliver €9bn of cash social welfare payments for another two years with an option to extend that by a further four years.

However, IPU representatives have warned that at the same time, Social Protection is bypassing the post offices, by driving more and more social welfare recipients over to electronic payments through the banking system.

“A postmaster doesn’t get a salary - it is based on transactions, so if you take transactions from a post office, you are effectively closing it,” said Mr O’Callaghan who is the postmaster on Upper William Street in the city.

“At the moment, 51% of all social welfare goes through the post office network. Based on government policy, by 2017, it will be 3%.”

Post masters in Limerick, he said, are “very worried”.

“My phone has been hopping,” said Mr O’Callaghan.

“How can we survive if we are not given the tools?” he asked.

“We urgently need the government to deliver on its commitment made in the programme for government and produce a plan that will sustain the network.”

The postmaster of Ballylanders Post Office, Mary O’Brien, said the closure of the village post office “would be the death knell- end of story”.

“The post office is the hub of the community here.

“We have the Credit Union open two days of the week. You must remember that you have so many people who have no mode of transport. Ballylanders takes in a huge area. The nearest bank is Mitchelstown which is a good 12 miles away.”

Ms O’Brien who is the secretary of the Kilmallock area of the Irish Postmasters’ Union said that because Ballylanders has a busy post office “people think there is no threat to us”.

“We have no hole in the wall facility in Ballylanders. We have Galtee Woods, Tone Dale, Bat Engineering. Fine, we have the AIB facility in the post offices for cash and withdrawals but the thing is we are not cleared to accept cheques or anything like that.

“We have a viable village and we want it to stay open.”

Mr O’Callaghan agreed that the focus should be on keeping the heart of communities alive “and the only way we can achieve that is the public helping up to make the government put it in a policy document to ensure the sustainability of the network.

“It is in the government policy to have a sustainable network but they have no plan whatsoever on how to achieve that and that’s not on.”