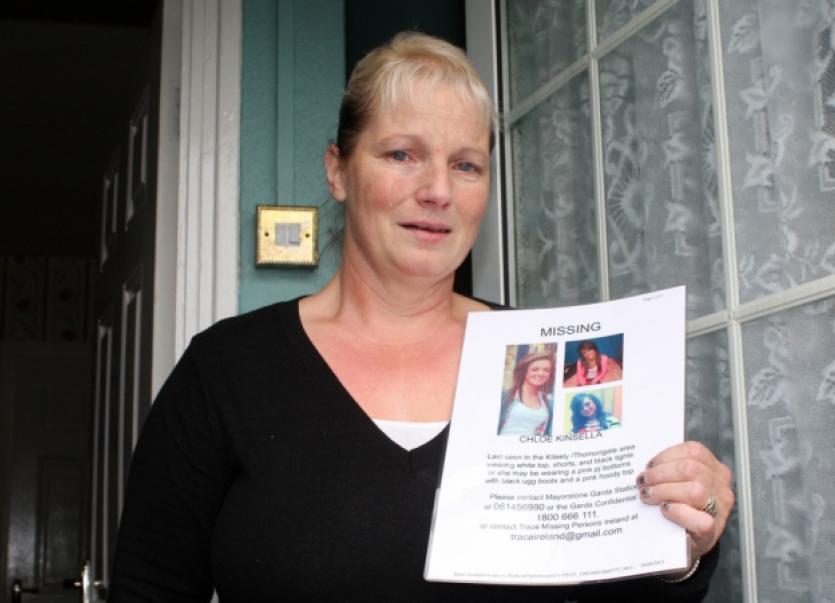 SEARCHES continued this Wednesday morning for missing Kileely teenager Chloe Kinsella, with teams drafted in from across the region.

SEARCHES continued this Wednesday morning for missing Kileely teenager Chloe Kinsella, with teams drafted in from across the region.

Search teams hunted the city in the hope of finding the teen, who disappeared from her home at Kenyon Avenue in Kileely on Saturday night last.

Her sister Lindsey, 23, has thanked all those who have participated in the search, which has involved Limerick Marine Search and Rescue, the Gardai and community leaders.

Gardai in Mayorstone have issued a formal appeal to the public for assistance in tracing the whereabouts of the 15-year-old.

She is described as five inches in height, of slim build, with fair hair and blue eyes. When last seen she was wearing a plain black jumper.

Since Chloe - a fifth year student at St Nessan’s College, Moylish - disappeared on Saturday evening, there has been a groundswell of community support.

Hundreds of people have been out searching for her, while local businesses have also provided sustenance to those looking for the popular teenager.

Lindsey said that the support has given the family confidence they will make a breakthrough.

“Everyone has been very good to us. They couldn’t do enough for us. It makes us believe more that we will find her,” she said.

Kileely councillor Kevin Kiely says prayers are being said that Chloe will be found safe and well.

“I knew her late grandfather and grandmother. They are a lovely family. The whole of Kileely is hoping she is found safe and well,” Cllr Kiely said.

For more on this story, see the Limerick Leader city edition, out Thursday morning, priced €2.20.