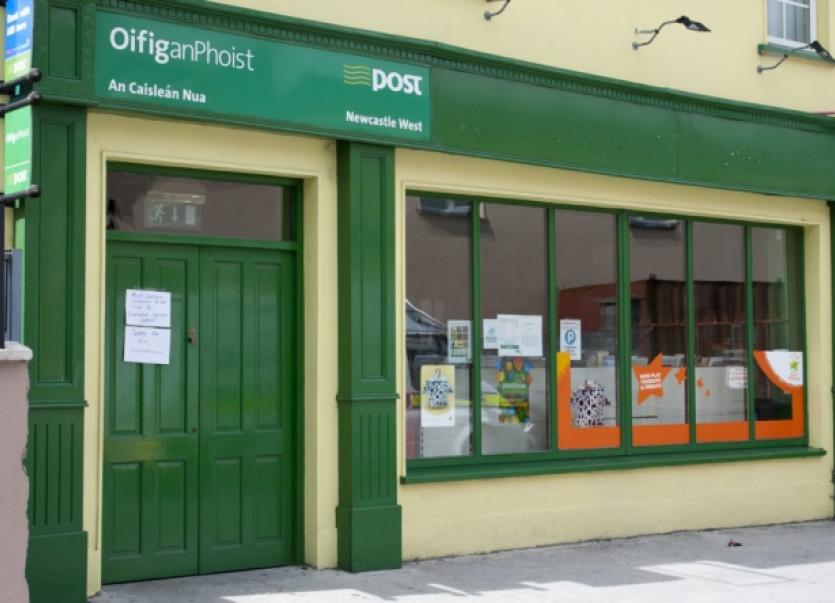 A WEST Limerick postmaster intends to mount a Supreme Court challenge after he failed to prevent An Post from revoking his licence.

A WEST Limerick postmaster intends to mount a Supreme Court challenge after he failed to prevent An Post from revoking his licence.

The High Court has rejected a bid by Thomas Kelleher for an injunction preventing An Post from cancelling his contract and appointing a new operator of the post office in Newcastle West. The legal dispute between Mr Kelleher and An Post can be traced back to an infamous ‘tiger’ kidnapping in June 2011, in which Mr Kelleher’s son, Tommy, was kindapped at gunpoint and held hostage for a ransom of €100,000 in cash. An Post moved to revoke Mr Kelleher’s licence due to alleged breaches of procedure arising from the kidnapping.

A person close to the Kellehers, speaking on condition of anonymity, said that the family are “devastated” after their injunction bid was thrown out at the High Court last Thursday.

“They will be appealing to the Supreme Court. It’s not their preferred option, but they have been left with no option but to do so”.

The source said that the Kelleher family, who have run the post office in Newcastle West for almost a century, are upset at the lack of support received from An Post following the incident in June 2011.

“It’s been very difficult, this would have been a dreadful experience for any family. When the family needed counselling, the company refused to pay for any counselling for them or the staff. They refused to meet any of the costs”.

An Post will now restart a tender process to appoint a new operator for the post office in Newcastle West, which is currently located in the Market Yard and is one of the largest sub-offices in Munster. Last year the company publicly advertised for tenders and received several responses from interested parties. However all applicants were told that the process was being placed on hold after Mr Kelleher initiated his High Court action last year.

Mr Kelleher already appears to be preparing for the possibility of losing the post office, as he and his wife Geraldine have applied to Limerick County Council seeking permission to change the post office building into a funeral parlour.

The application, which was lodged late last month, will see the existing newsagent and post office divided in two, with a barber shop run by Mr Kelleher’s son Tommy moving into one half, and a new funeral home opened in the other.

However the source close to the family said that Mr Kelleher’s wife and their youngest son Ronan intend to make a fresh application for the post office contract.

If the Kelleher family do mount a Supreme Court challenge to the High Court ruling, it could further delay any attempt to award a new post office contract.