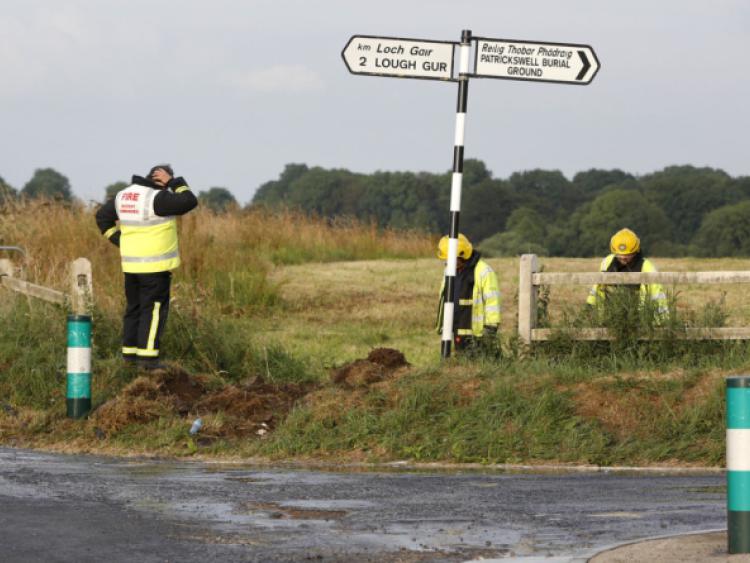 THE grandfather of the four-year-old boy who died tragically in a road collision in Lough Gur on Monday has recalled how only hours earlier the “jolly little fella” had been “full of beans” playing on his farm.

THE grandfather of the four-year-old boy who died tragically in a road collision in Lough Gur on Monday has recalled how only hours earlier the “jolly little fella” had been “full of beans” playing on his farm.

“I lifted him up on the wall on Sunday night when I was coming back from milking,” recalled William Cummins this Wednesday of the final moments he spent with his beloved grandson, Jack McDonnell.

“I put him sitting up on the cap of the wall and he was laughing saying: ‘Where are the moo cows granddad?’ – that is all that was troubling the little crater. Little did I know that 10 or 12 hours after that I would be seeing him being put into a coffin.”

The little boy from Doon was travelling in a car with his parents John and Carmel and twin brothers Sean and Philip, aged six, when the two-car collision occurred.

Moments earlier, the family had been enjoying precious moments at the scenic Lough Gur lakeside.

The two-vehicle crash occurred at Patrickswell, Lough Gur at a junction near the Honey Fitz Theatre at approximately 1.15pm on Monday.

Jack was a back-seat passenger in the vehicle, seated in his car seat, beside his older brothers.

“He was a real jolly little fella, full of beans,” William recalled fondly. “I don’t smoke but I would be chewing Wrigley’s Extra and he would meet me and say: ‘Chungy granddad, chungy’.”

Jack’s two brothers who doted on the little boy, miss him dearly.

“They are asking for their brother,” said William who is trying to maintain a sense of normality for the children on the family farm this week. “My mother [Margaret] is still alive, she is 94-years of age, she loved this little lad,” he remarked.

Jack, who had only just turned four, was supposed to be starting school in September.

“Carmel [William’s daughter] hated the thought of him going to school because she would have nobody at home,” said William.

Funeral arrangements for the little boy have not been announced as his father, John, continues to recover in hospital.

“Everybody is devastated. We are so sad. They are such a loving family. They were out for the day on a family outing, enjoying themselves and then they were struck by this tragedy,” said Fr Ryan.

“Our hearts, prayers and sympathies go out to his parents at this sad time and indeed his grandparents and all his family members who are so saddened and upset by what has happened.”

Thoughts and prayers are also with the woman and three children who were travelling in the other car who avoided serious injury.

Councillor Noel Gleeson said the community of east Limerick were deeply saddened by the news of the accident. “The boy’s family are very well-known and liked in Doon, and their neighbours and the wider community will do all they can to support them at this difficult time,” he said.