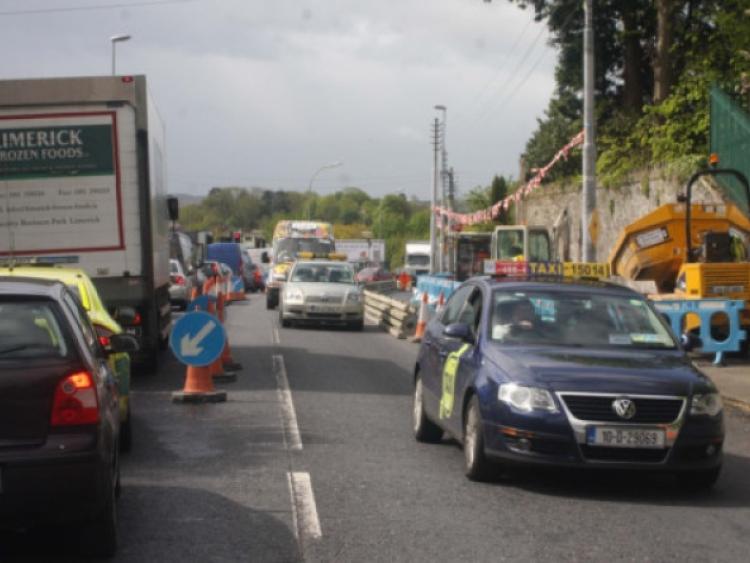 MOTORISTS are being urged to avoid one of the main arteries into the city centre due to roadworks which are set to continue for several weeks.

MOTORISTS are being urged to avoid one of the main arteries into the city centre due to roadworks which are set to continue for several weeks.

The works, which began last week, are being carried out to facilitate the construction of the controversial Limerick Southern Green Route along Ballinacurra Road.

The works which are currently being carried out by contractors near the entrance to Scoil Carmel at Punches Cross will facilitate the laying of new underground electrical cables.

A spokesperson for Limerick City Council confirmed the current phase of the works are scheduled to continue until June 8 and that “significant delays” can be expected in the meantime.

The filter lane for traffic turning at Punch’s Cross onto New Street will be closed for the duration of the works to facilitate pedestrian access.

As a result motorists can expect long delays - especially during peak times. “It’s crazy, I can’t see why they can’t carry out these works at weekends or at nighttime,” said one motorist, who was caught up in the delays this week.

Other motorists criticised the decision not to switch off the traffic lights at the junction for the duration of the works.

Alternative routes have been signposted on approaches to Punch’s Cross and motorists are being urged to use them if at all possible.

While the current phase of works is due to end early next month, construction works for the Southern Green Route are set to continue until January 2014.