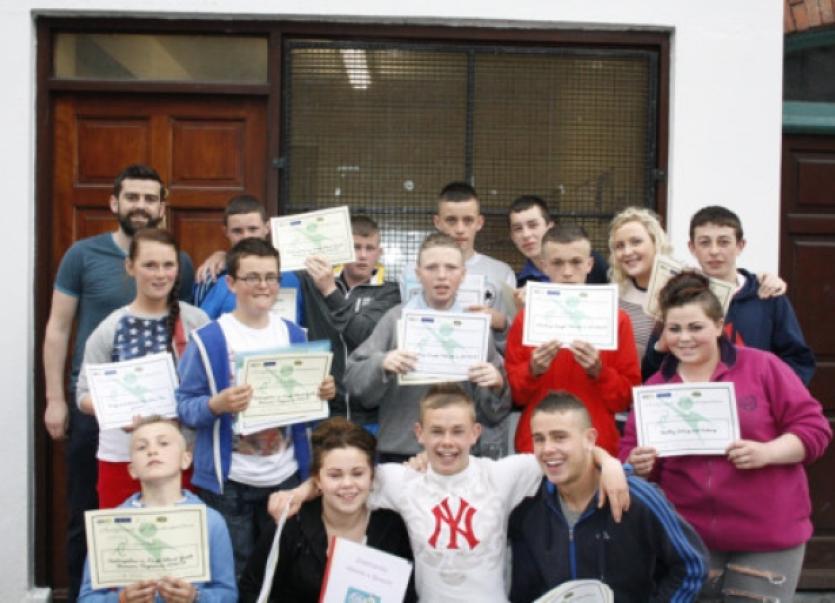 SIXTEEN youngsters from St Mary’s Park and the King’s Island have been honoured for taking part in a key project.

SIXTEEN youngsters from St Mary’s Park and the King’s Island have been honoured for taking part in a key project.

There was standing room only at the youth service’s Nicholas Street space as the young people received certificates for taking part in the King’s Island Garda Youth Diversion Project.

In order to get these, the learners completed a diverse range of programmes from healthy cooking, nutrition, personal development, to a drug and alcohol education programme.

Two of the group - Tyreke McNamara and Michael Leo who were among the first to graduate from ischool, which sees children learn online.

“You should be very proud of your achievements. You showed great dedication and commitment to the many programmes we covered,” he said.

The pair echoed Mr Barrett’s praise of the 16 students.

Ms Kelly also paid tribute to the youth diversion project staff and volunteers, including Mr Barrett, Aoife Mangan, Godfrey Rondozai and Mary Mulqueen who was on placement from LIT.

“Your dedication and enthusiasm greatly impressed me, particularly last month as we climbed Croagh Patrick on one on the coldest and wettest days of the year,” he said.

The garda youth diversion project is supported by An Garda Siochana, the Irish Youth Justice Service and the Department of Children and Youth Affairs.