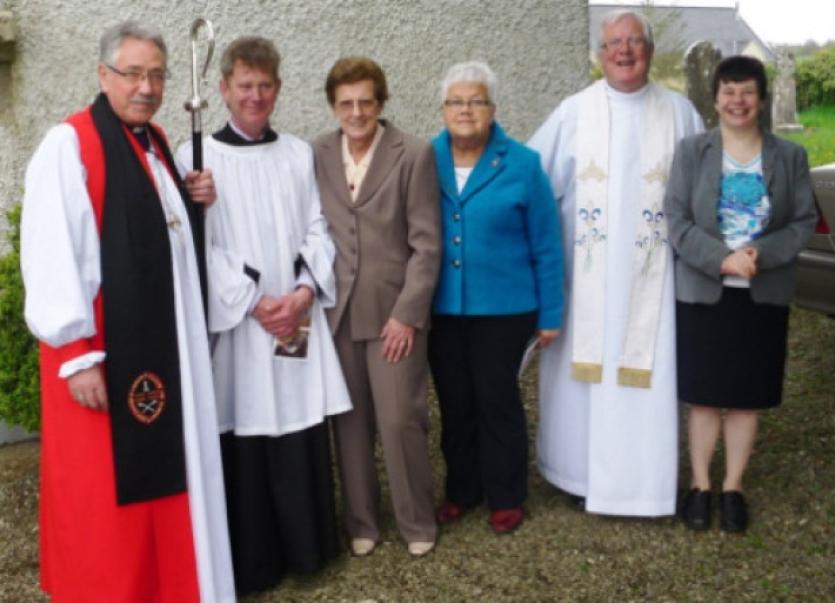 THE ANNIVERSARY of all anniversaries has taken place in Castleconnell with 1,600 years of continuous Christian worship celebrated in Stradbally.

THE ANNIVERSARY of all anniversaries has taken place in Castleconnell with 1,600 years of continuous Christian worship celebrated in Stradbally.

Church of Ireland and Roman Catholic clergy joined with their flocks to mark this historic occasion in All Saints Church.

“What we are doing here today, links us to those down the centuries who were doing the very same thing, coming together in this place to worship together as a Christian community,” said Bishop of Limerick and Killaloe, Trevor Williams, who was the preacher.

By the time the Diocese of Killaloe emerged in the O’Brien territories in the 12th century, the church in Stradbally was already some 600 years old.

In the ninth century Vikings started appearing up the Shannon, raiding villages and monasteries. They carried villagers off as slaves, looted and burned the church.

In the 12th Century the village was moved from Stradbally to its present site after the Normans built Castleconnell Castle for the protection it offered.

But the church remained in Stradbally with the villagers continuing to walk up each Sunday and holy day.

The ruins that stand behind All Saints date from 1400-1410, and was part of a wave of new church building. In 1765, it fell into disrepair and had to be abandoned.

In 1809, the present All Saints Church was completed and has continued as a centre of worship since.

The choir from St Mary’s Cathedral and Janet Harbison provided the music. The service was recorded by RTE for broadcast in the future. All ages were in attendance as children from fifth class in Castleconnell National School gave their rendition of St Patrick’s Breastplate. While Sunday school children, under the guidance of Barbara Hartigan, created a mural. It portrays a number of local legends such as St Patrick’s footprints on the stones by the river and the burning of Clonlara to name but two.

It has been a busy time in the church’s history. Then Australian ambassador, Bruce Davis, visited the church last year to see the ancestral home and burial place of Sir Richard Bourke.

Born to Cappamore parents he was appointed Governor of New South Wales in 1831 and his contribution to the early decades of the country is taught to every child in school.