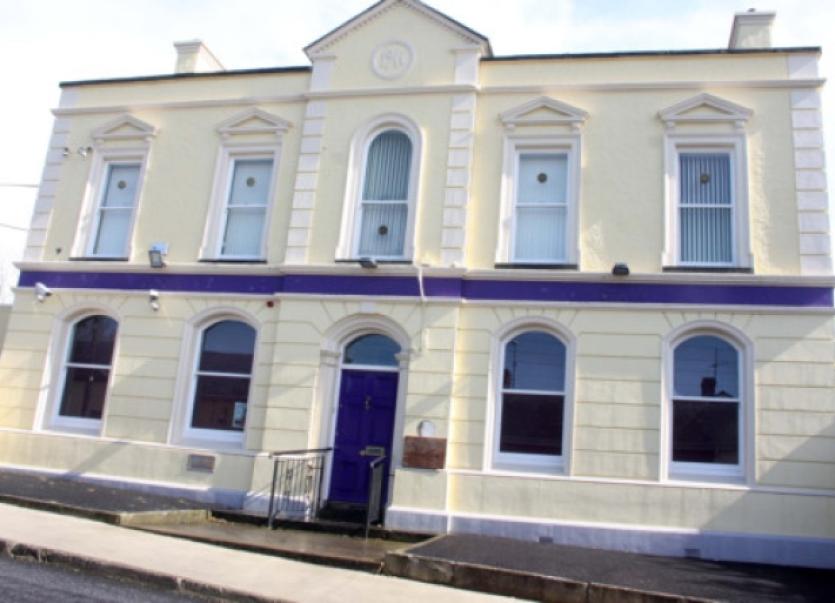 A CENTURY after it first opened its doors, the final transaction took place in Croom AIB bank shortly before 4pm on Friday, heralding the end of an era for the village.

A CENTURY after it first opened its doors, the final transaction took place in Croom AIB bank shortly before 4pm on Friday, heralding the end of an era for the village.

The bank, which had been part and parcel of the commercial, social and financial life for three generations was closed as part of a planned series of AIB branch closures across the country which included eight closures in Limerick.

“The wagons were there, the filing cabinets were removed. That was the end of AIB in Croom.”

According to Cllr Fitzgerald, there had been warning signs for some time that the future of the bank was in jeopardy.

“There were signs that they were going to downgrade it when they sold off a piece of land adjoining the building some years ago,” he explained. “It didn’t look good. The commitment wasn’t there,” he added.

“Everyone will know the 1911 sign that is right in the middle of a round circle at the top of the facade,” said Cllr Fitzgerald.

“That bank provided a service, a commercial and financial service to the rich and the labourer, office workers and tradesman. It catered for the farmers, stud farms, the co-op movement, the creameries, the rail services, the hospital, and for the fair days.

“Farmers would make a call first to the bank to secure monies to complete the deal of the day,” Cllr Fitzgerald added.

In July, AIB announced that eight branches in Limerick were to close - Dromcollogher, Doon, Glin, William Street in the city, Corbally, Foynes, Hospital and Croom.

“The closure of this premises is a great disappointment to everybody who had visited to secure their finances for the home or business,” continued Cllr Fitzgerald.

“The people of Croom will miss the gathering, the chat, the discussions which took place when people were coming and going to do the financial business of the day. It is important that the community keep alive community activities and ensure that the town and the region grow and prosper even when disappointment and adversary come our way,” added Cllr Fitzgerald.

The closure of the bank in Croom comes after AIB undertook a review of its retail operations as part of a wider transformation and cost reduction programme.

According to the bank, the review identified that changes in population and customer banking usage as well as improvements in technology have led to a fall in demand for traditional branch services.