Unique village on edge of County Limerick to get a makeover 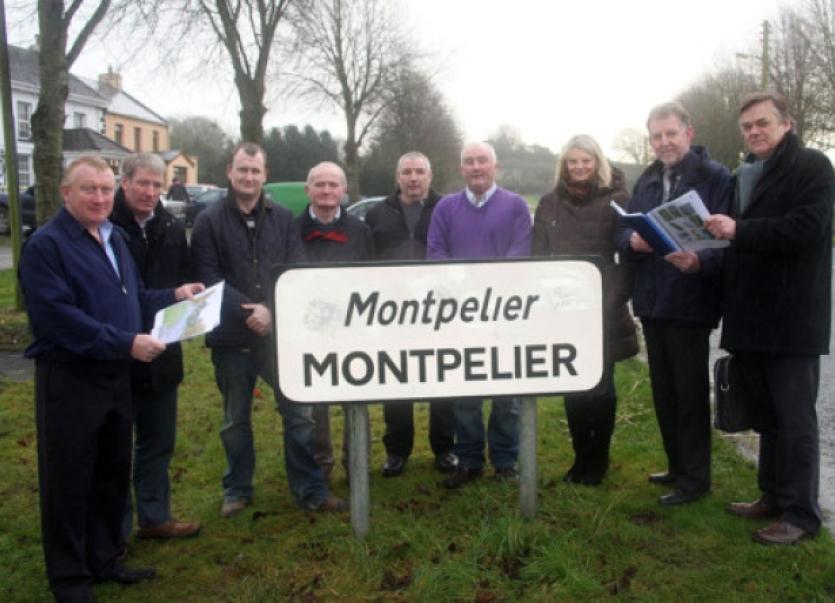 IMPROVEMENT works are to commence in Montpelier to capitalise on their scenic location beside the Shannon.

IMPROVEMENT works are to commence in Montpelier to capitalise on their scenic location beside the Shannon.

Formed over two years ago, Montpelier Development Association have finalised improvement plans for their village.

Phase one is due to start in the coming weeks.

The association found that the village’s economy relies strongly on tourism but there are few existing facilities to promote their natural resource.

“There is a demand for better access to and utilisation of the Shannon as an amenity for the public and to attract tourism,” say the association in their plans.

They have broken up their improvement plans into three phases.

One of their main concerns was the deterioration of the Fair Green from vehicles running into it.

“Montpelier is unique in County Limerick in that the houses are fronted by large greens onto the main road.

“There is no other village like that in the county,” said Cllr Michael Sheahan, who facilitated the development association in getting the project off the ground.

The expert advice of urban designer Nicholas de Jong was sought for the ambitious project. He completed a feasibility study and made proposals.

“Due to its location there are heritage constraints.

“Mr de Jong ensured that what he was proposing was in line with the development plan for the area and that was fully endorsed by the local area office in Annacotty and by Limerick County Council’s planning department,” said Cllr Sheahan.

Phase one will improve the village pump and access to it; create new footpaths; repair and improve edges to grass areas; consider traffic calming proposals; assess condition of existing trees and new planting.

They also plan to put cabling underground during the footpath works and install old style gas light type lamps, instead of the current old poles.

The work, which will be carried out by the council, is estimated to cost €25,000. Ballyhoura have given €20,000 and the rest was raised by Montpelier Development Association.

It is due to start shortly and will last around two months.

Phase three is to consider a pedestrian footbridge along the existing bridge to O’Brien’s Bridge.

While that is for the future work on phase one will get the ball rolling.

“It is a beautiful area. It just goes to show that even a community on the edge of Limerick with the right plan and right people can get their funding just as easily as a bigger area. It is a great partnership between the community, Leader agency and local authority,” said Cllr Sheahan.

The hope is that it will attract new businesses and tourists to Montpelier as well as improving the village for locals.