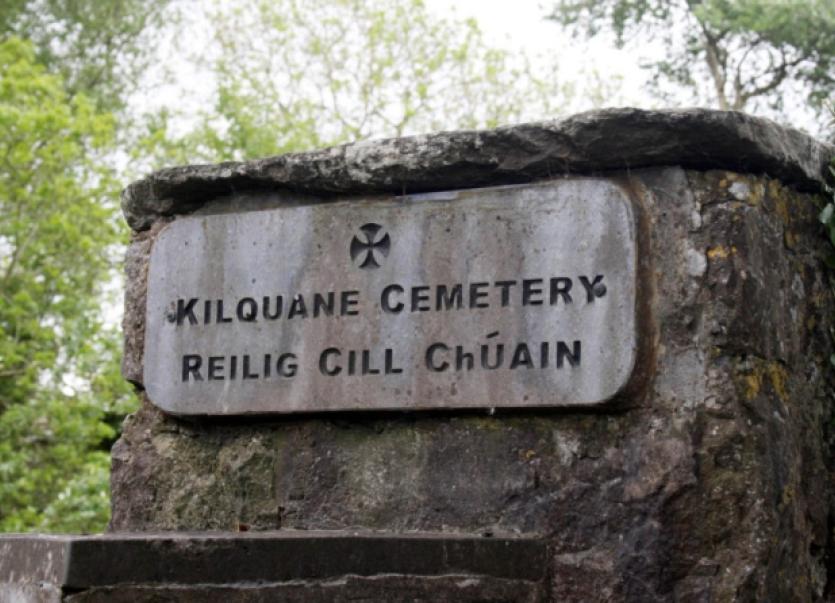 A GRAVEYARD committee is pleading with the council to regulate access rights to cemeteries due to the “upset and pain” it is causing.

A GRAVEYARD committee is pleading with the council to regulate access rights to cemeteries due to the “upset and pain” it is causing.

Mourners with loved ones in Kilquane cemetery, Parteen, have been unable to visit graves at the weekend and in the evenings, they say.

Burial ground by-laws are to come before the October meeting of Clare County Council.

Chairperson of Kilquane Graveyard Committee, Tom O’Connor said the difficulty in accessing the cemetery began in 2013 when the privately-owned land between the graveyard and the public road changed ownership.

“The previous landowner, similar to those before him, had allowed people to access the graveyard through his land by entering through a permanently closed, but unlocked, gate.

“However, the new and current landowner locked the gate and imposed what we believe to be extreme restrictions to accessing the graveyard,” said Mr O’Connor.

The gate to this 300-year-old heritage cemetery can only be accessed Monday to Friday by visiting the landowner’s place of work and signing for a key. There is no weekend access except by prior arrangement, and with the agreement of the landowner.

Gerard Nix, PRO, said this “arrangement” has proven unsatisfactory and has resulted in a lot of upset.

“Not least of all when it has prevented older members of the community visiting spouses, siblings, parents and children, and the recently bereaved visiting graves on a regular basis.

“People returning to Parteen, some from abroad, to visit their dead have also left disappointed as they were unable to access the locked graveyard,” said Mr Nix.

While the group accept that this is an issue that currently affects the parish of Parteen, they contend that it could impact negatively on any graveyard in the future if it is not addressed now.

“We have seen first-hand the upset and pain a lack of regulation in this area can and indeed does cause. We believe an amendment to section 21 of the draft bye-laws would not only resolve this ongoing issue in this parish, but would prevent a similar problem in other parishes in the future,” said Mr O’Connor.

The committee has proposed including an amendment to allow for grounds to be accessible to people with disabilities and those with restricted mobility, and ramps be provided where necessary to improve access.

They also suggest where private or publicly owned lands have to be traversed to access a burial ground the landowner should ensure that all gates remain open during daylight hours.