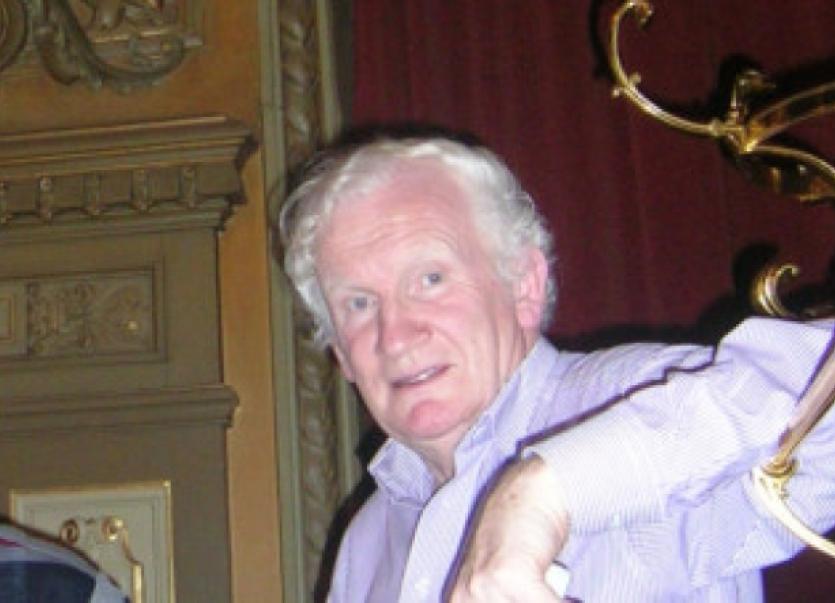 HUNDREDS of people who were touched by the kindness and care shown by Dr Michael Cleary during his 50-year career in Hospital paid their respects at his funeral over the weekend.

HUNDREDS of people who were touched by the kindness and care shown by Dr Michael Cleary during his 50-year career in Hospital paid their respects at his funeral over the weekend.

Story after story was recalled by people in the queue outside O’Leary’s funeral home on Saturday evening and in the grounds of St John the Baptist Church on Sunday morning, of the man who left the comfort of his warm bed at all hours of the night on so many occasions to help the sick and dying, but never complained.

Dr Cleary – or Mick as he was fondly referred to by his nearest and dearest – passed away at Milford Nursing Home surrounded by his family. He was 75.

He was born in Gotoon House, Hospital, where his father John P Cleary and grandfather Michael Richard practised before him.

Dr Cleary took over his father’s practice in Hospital in 1967. Prior to this, he spent roughly 18 months in Croom as a GP.

Dr Cleary had a fantastic rapport with all his patients and was particularly good with children. His former patients who paid their respects over the weekend told stories of how his intelligence and quick thinking saved many a life.

He would also make quiet phone calls to the Presentation nuns informing them of the vulnerable families and children they should look out for in the community.

Dr Cleary retired in February 2014 after 47 years of service. He was instrumental in setting up Shannondoc in Hospital which gave him a great sense of pride. “Over the last few days, our family have taken enormous comfort and pride from the hundreds of stories of dad’s work and how many thousands of people’s lives have been touched with his kindness, generosity and care,” said Richard, his son.

“Our family are deeply grateful to all the staff at Milford for the extraordinary standard of care they provide and the genuine love and compassion they have for their patients and their work. We are truly blessed to have such a world-class facility in Limerick.”

Dr Cleary was very well-known in sporting circles and had a real fondness for horse racing and hurling. He was renowned for his incredible skill at stitching and for his ability to leave many a hurler and jockey scar-free.

“My mother would always say the hurlers would arrive about an hour after the final whistle to get stitched up,” Richard recalled. “There were also numerous jockeys stitched in the surgery which frequently looked like a weigh room and not a medical practice.”

Dr Cleary was a great supporter of Irish racing, both Rules and point-to-point. While he wasn’t a regular visitor to Cheltenham or other UK festivals, he never missed them on TV. He was more interested in supporting Irish racing and was particularly fond of local point-to-points. He particularly loved going to Paris with family and friends for the Prix de l’Arc de Triomphe and that is where he made some of his favourite family memories. He also travelled to the USA on two occasions to attend the Breeders’ Cup when his sons were living in Chicago.

Dr Cleary was racecourse doctor at Limerick Junction – now Tipperary Racecourse – and Tramore, where his wife Joan Halley came from originally. He was also doctor on the Limerick, North Cork and Tipperary Point to Point circuit which he loved dearly and all his children have very fond memories of travelling to numerous venues with him.

He was also a committee member of the Bruff point-to-point for many years. Being in direct contact with the jockeys was a shrewd way to get better information which greatly assisted Dr Cleary in making numerous raids of the on-course bookies down through the years. “He would always say he only read two books, the medical book and the form book,” smiled Richard.

Cllr Gerald Mitchell described Dr Cleary as “a great community man who treated everyone the same – with respect.”

He adored his children and his 10 grandchildren; and he loved Christmas when everyone was home from far and wide.

“He would hold court in the sitting room in his chair by the fire,” said John, his son.