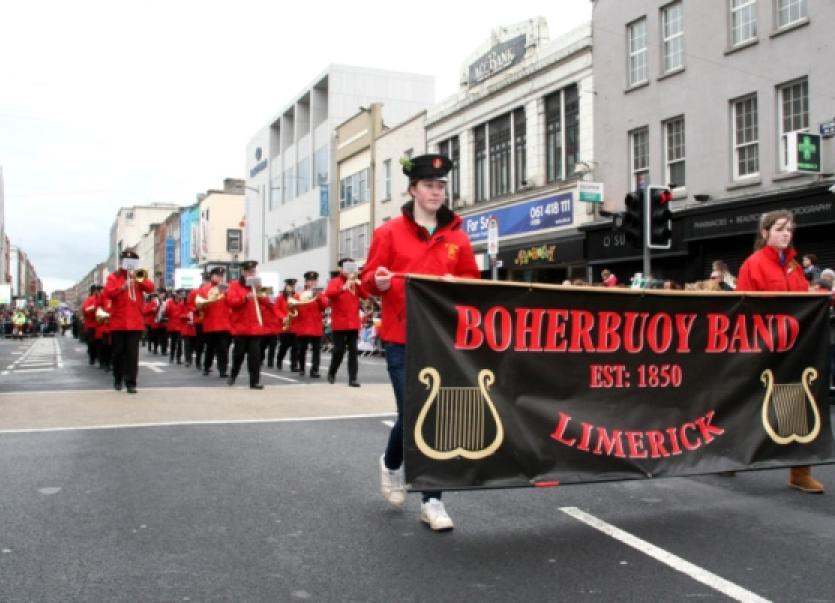 ONE of Limerick’s longest established brass bands is facing financial woe after being hit with a rates bill of over €7,000.

ONE of Limerick’s longest established brass bands is facing financial woe after being hit with a rates bill of over €7,000.

The Boherbuoy Brass and Reed Band, which was set up in 1850, has never had to pay rates in its 164 year history.

But following a revaluation of the rates throughout the city and county, the bandhall on Edward Street was deemed to be a commercial property - and hence eligible for rates.

“We are very disheartened by it,” said acting PRO Antoinette Enright.

The hall is in poor condition and in recent months the band has been running events to raise money to fix the roof, including public performances, old clothes collections and a garden party. However, all the money raised will now have to go towards paying this rates bill, Ms Enright claimed.

“We may as well just go and fundraise to pay the city council. It is not fair and it is very disheartening,” she added.

She stressed that the band does not receive any rent for the bandhall on Edward Street and relies solely on members’ fees to cover all their costs.

“We are a community group, a non profit organisation and the bandhall is not a commercial building. We don’t rent it out to people and we don’t get any grants from the government, the National Lottery, anybody,” she added.

“Our door is open to everybody. We are 165 years in the city and the band is steeped in history. In this day and age we are trying to get kids off the street and get them involved in music and then they do this to us. All our fundraising will go to paying this bill.”

The matter was raised at a special meeting of Limerick City and County Council to discuss the rates issue on Friday.

Cllr Joe Leddin told the meeting that the bill threatened to “shut down” the band. “They have gone from a situation where they were paying no rates to where they are paying almost €8,000,” he said

Cllr Maria Byrne pointed out that the Boherbuoy band operated on a voluntary basis.

“They have a lot of things to pay out without having to pay a bill of almost €8,000 in rates,” she said.