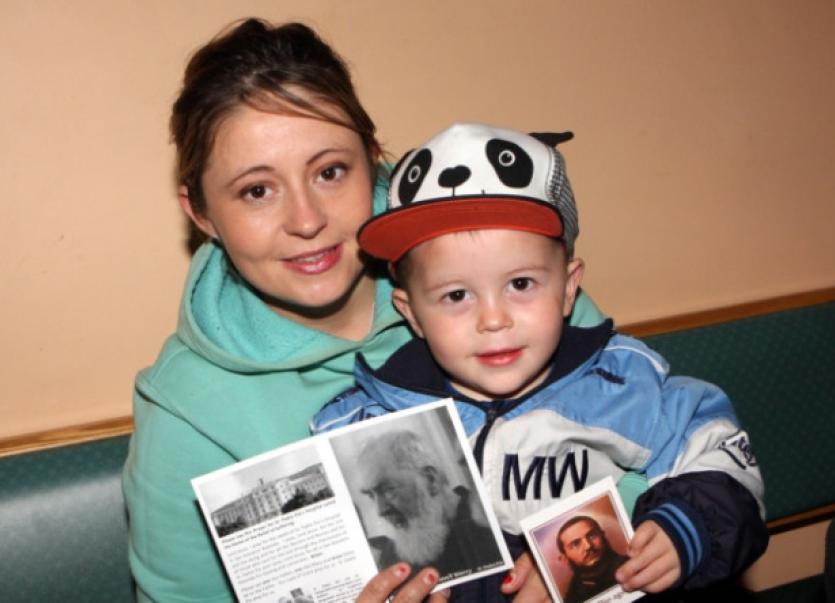 OVER one thousand people turned out to view some of the relics of St Padre Pio in the Augustinian’s Church in the city yesterday.

OVER one thousand people turned out to view some of the relics of St Padre Pio in the Augustinian’s Church in the city yesterday.

Hundreds of people were in the church for 10am mass alone, with people queuing to view the relics - some of which were replicas - from 8am.

Organiser Fergal Golden from Rhebogue said he wanted to bring a piece of San Giovanni to Limerick to help heal others.

“We will have thousands here by the end of the day, I have never seen anything like it,” he told the Leader.

“Most of the relics are replicas, but we have two first class relics - a mitten that was worn on his left hand, and a heart bandage when he bled from a side wound,”he explained.

Fergal said that Padre Pio helped him in 2001 when he was very ill, but he brought him back to his faith when he was blessed with his glove, and felt a “great warmth” run through him.

Josephine Collins, from Drombanna, who was among those queuing to touch the relics and sign the guestbook, said she has been a follower of Padre Pio for years and “always loved him”.

“I went to his canonisation. No matter what you ask him, he will put it right. It mightn’t be what you ask for but it will be solved and everything will be fine. It’s wonderful to see the devotion to him here today,” said Josephine, who also viewed his relics on a prior visit to Limerick.

It was also a special moment for Carol Clancy of Clancy Strand who visited the relics on behalf of her mother Maureen Roche, who lives in Midleton in Cork.

“We’re going to Greece today to visit my mother’s brother’s grave. He died in 1943 and it’s her first time seeing his grave. Padre Pio has been very, very good to my mom, so I wanted to be here today to get these items for her and bring them with us,” she explained.

The Italian friar, who died in 1968, is venerated as a Saint in the Catholic Church.