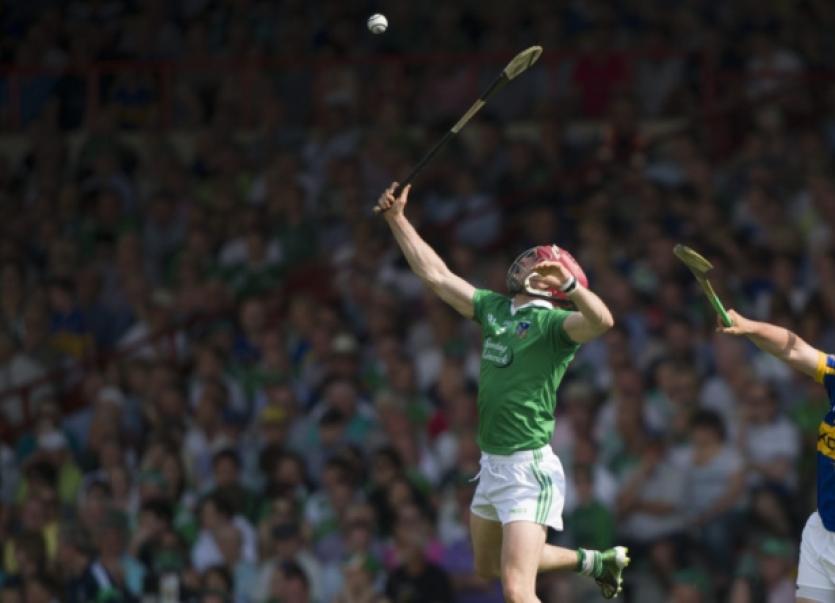 It was a bitter-sweet week for the Limerick senior hurlers.

It was a bitter-sweet week for the Limerick senior hurlers.

But, despite despair in the Munster Senior Hurling Final, star defender Paudie O’Brien celebrated the joy of the birth of his first child in the run up to the game.

Kilmallock man Paudie said he is proud to be a new parent, describing the past few days as a “tough, yet great week”.

“Even though losing a Munster final is tough and losing the way we did was heartbreaking, and no one takes it as bad as I do, when you get to go home to a healthy newborn child, it does put things into perspective,” he admitted.

“I rushed home Sunday evening to get to see her,” he said. “Usually after a game like that I would lock myself in a room and not come out for a few days and beat myself up over a few things.”

“It was a tough week preperation wise, but at the end of the day I took to that field 100% ready for the match,” he explained.

Discussing the match itself, O’Brien felt Cork scored their first goal at a crucial moment in the match.

“The goal knocked the stuffing out of us – we did answer it with a point but they answered that again,” said the wing-back.

The build up to the match was dominated by the reduced capacity at Pairc Ui Chaoimh. Despite all the controversy surrounding tickets for last Sunday’s final, the ground was still nearly 600 below capacity.

Just as the second half began the Public Address confirmed the official attendance as 36,075 – some 571 below the capacity for Sunday’s final.

This will no doubt annoy supporters, many of whom weren’t able to get tickets either from their clubs or from local Centra or SuperValu shops who ran out of tickets for the provincial decider.

Last Thursday it was announced that there would be an extra 4,000 tickets distributed after health and safety concerns initially limited the capacity to 32,500.

However, these tickets didn’t last long in supermarkets as the demand for them caused the systems in the stores and on tickets.ie to crash.

There was a big screen erected in Limerick city for supporters who didn’t get tickets for the match.

However, fewer than 500 people availed of the opportunity to watch the match outside the Milk Market.

Despite the small turnout for the big screen, it was described in glowing terms by one fan who attended.

Dave Flanagan, Mulgrave Street brought his two daughters to watch the game on the big screen.

“It’s the next best thing to being in Pairc Ui Chaiomh I suppose,” Mr Flanagan joked.