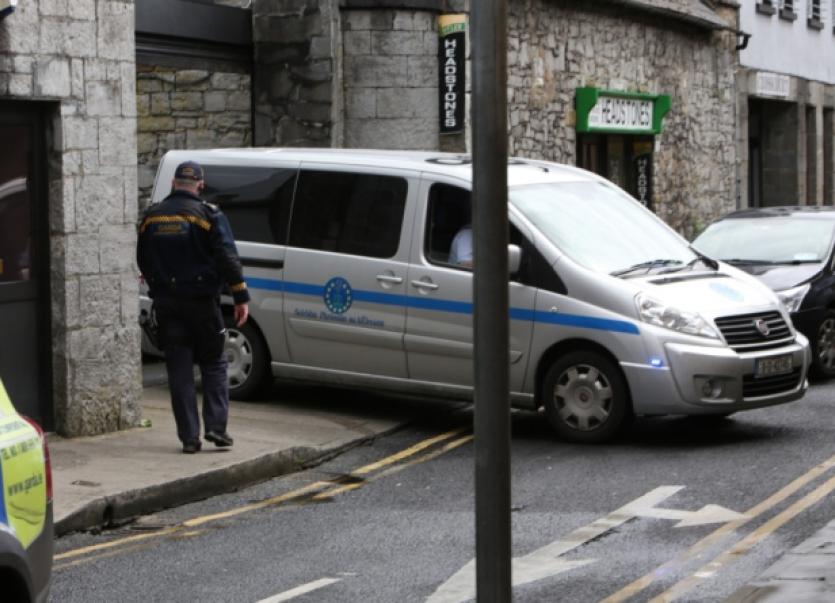 THE trial of two Limerick men accused of murdering business man Roy Collins is expected to resume next week after it was adjourned following the death of one of their mothers.

THE trial of two Limerick men accused of murdering business man Roy Collins is expected to resume next week after it was adjourned following the death of one of their mothers.

On Tuesday, the Special Criminal Court granted an application to allow Nathan Killeen to attend his mother’s removal following her sudden death at the weekend.

Mr Killeen, aged 24, of Hyde Road, Prospect has gone on trial at the non-jury court for the murder of Roy Collins, 35, who died after he was shot at the Coin Castle amusements arcade, Roxboro Shopping Centre, on April 9, 2009.

It is alleged that Mr Killeen was the driver of the getaway car following the shooting.

The Court was told the body of Susan Killeen, 55, was recovered from the canal at Locke Quay in the early hours of last Friday morning a short time after emergency services were alerted to a woman in distress.

Giollaíosa Ó Lideadha SC,r epresenting Mr Killeen, said his client wished to thank prison officers and management for the compassion shown to him since his mother’s death.

He said the prison governor had confirmed that the prison service would be in a position to provide a supervised escort for his client to attend his mother’s removal this Wednesday.

After approving the supervised visit, the Court adjourned the trial to Monday next, May 12.

Ms Justice O’Malley said she had no wish to compel anyone to continue with a trial while undergoing such a process.

“I want to express the court’s appreciation to the prison service for their very appropriate handling of the situation,” she said.

The trial is expected to last several weeks.