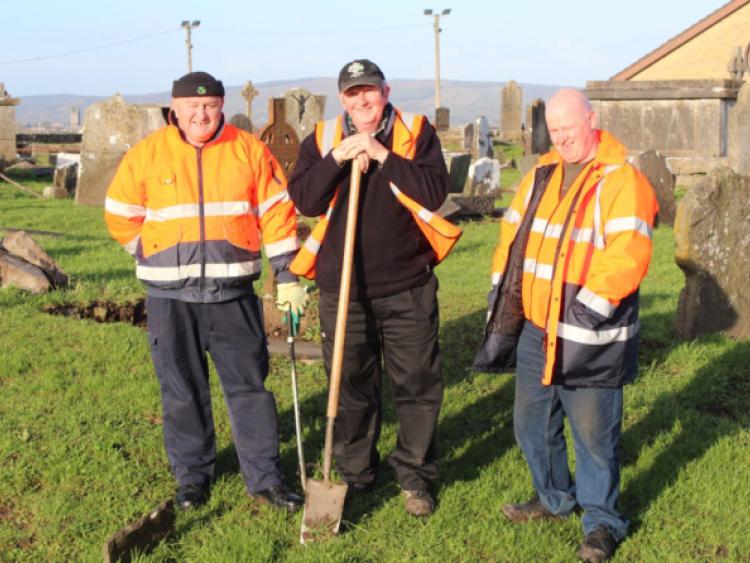 LIMERICK Civic Trust have been hard at work uncovering some historical figures after St Patrick’s cemetery has seen a “fantastic” makeover in recent weeks.

LIMERICK Civic Trust have been hard at work uncovering some historical figures after St Patrick’s cemetery has seen a “fantastic” makeover in recent weeks.

Limerick Civic Trust supervisor Ger Imbusch commended the work of the volunteers and said they have “unearthed” something new every time work has been done to the site.

“It’s ongoing work. We are just maintaining the grass and headstones. Some are privately owned so we can’t do anything about it, unless it gets dangerous. When we first started cleaning up this cemetery, it was completely overgrown. We were first asked by an elderly couple to look into it and then a couple of years ago, we were asked to investigate it. And every time we go at it, we always unearth a bit of history. Some of the headstones go back as early as the 1700s and would have been around the Siege of Limerick in the 1690s,” he said.

Mr Imbusch mentioned his team was proud to find the gravestone of one of Limerick’s most famous religious figures, Bishop John Young.

“While we were cleaning up the graveyard, we came across a lot of old bishops’ tomb stones and grave stones. One of the more prominent ones we found was Bishop John Young, who set up St Munchin’s seminary in 1796 and passed away in 1813.

“This is now where St Munchin’s college is based. It may not be producing priests, but it sure is producing some great rugby players. And Bishop Young shouldn’t have been there because of the penal laws back then.

“And it’s not just priests and the likes; there is a wide selection of graves here. We even have people who served in the military during the first World War. There was also one of someone who was a volunteer and died from injuries after an attack on the Castletroy RIC barracks, back in 1922,” he explained.

The Limerick Civic Trust said the group of volunteers maintain old sites in order to keep them for “posterity”.

“There are all types of life in this cemetery. The site itself is very historic and it’s a fantastic site altogether. And St Patrick’s is one of the oldest parishes in the city and is one of the parishes that is represented in the Garryowen rugby club symbol - the star,” he said.

He said that the vandals should realise the sacrifices the deceased have made before damaging their graves.