Incredible goodwill ahead of fundraiser for Limerick hurler 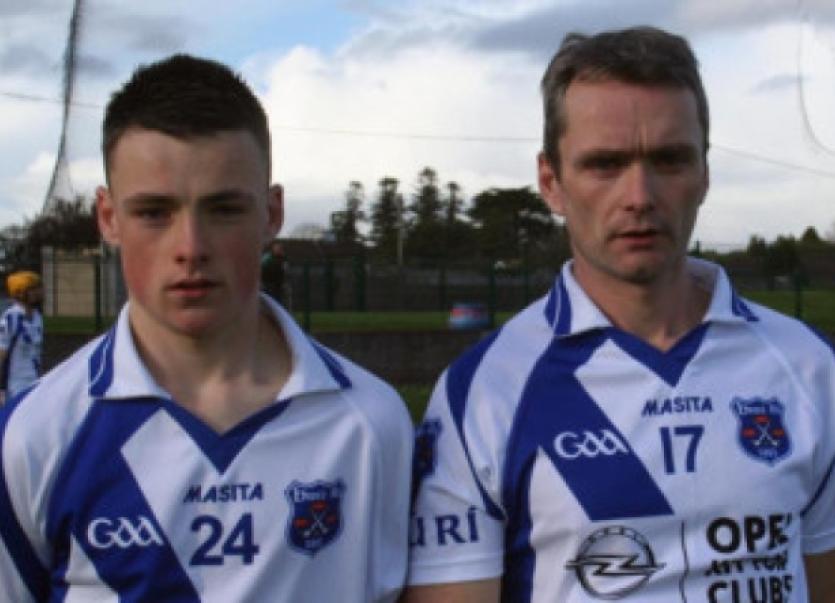 ORGANISERS of a fundraiser for Bruree man Stephen O’Halloran say the goodwill has been ‘incredible’.

ORGANISERS of a fundraiser for Bruree man Stephen O’Halloran say the goodwill has been ‘incredible’.

Over 1,500 tickets have been sold for the event this Friday night, October 11 in Bulgaden Castle. Stephen, a well known hurler, is awaiting a liver transplant after being diagnosed with cancer.

Since news of his illness first emerged, communities and sporting clubs across the county have been offering their support to the popular sports star.

His good friend, Seamus O’Connell, says they are the easiest tickets anybody has ever had to sell.

“Everybody knew what it was for and put their hands in their pockets straight away. The goodwill of people has been absolutely unbelievable,” said Seamus.

Tickets, which are still available, are priced at just €10. They are available from members of Bruree GAA club, family and friends, and pubs in Kilmallock, Bruree and Bulgaden Castle. For further information contact Seamus on 087 2573821 or John O’Halloran on 087 0516192.

Doors open at 9pm. Music will be by Handipak, Smoking Criminals, Tony Connery and DJ JP. Every ticket will be entered into a draw for a Limousin bull kindly donated by the Crowley family in Bruree.

“It should be a great night with excellent bands and it is a club night so people are invited to wear their club colours whether it is GAA, soccer, rugby. It will add colour and craic on the night,” said Seamus.

Seamus wished to thank local GAA clubs for their support with selling tickets and the hardworking committee of over 10.

“They’ve been second to none,” said Seamus.

He wished to thank Sheehan’s Coaches in Kilmallock who are providing free courtesy buses leaving Bruree and Bruff at 8.30pm and Kilmallock at 8.45pm.

“They are even providing buses at the end of the night to bring people back,” said Seamus, who also wished to thank Limerick County Board for their assistance in allowing them to sell tickets at venues through the county in the last few weeks.

All the money raised will go towards helping Stephen battle cancer.

“He was always a great competitor on the hurling field - he is the last person to give in to anything.

“He is a fighter. In the last minute of a match, he is a fella you would want on your side. He is a guy who wouldn’t let you down and he is going to win this battle,“ said Seamus.

As well as Bruree, Stephen has Stephen has also played soccer for Rockhill Rovers, Kilmallock Utd, Charleville, Breska Rovers and Trinity Rangers. So there should be plenty of jerseys on the night.