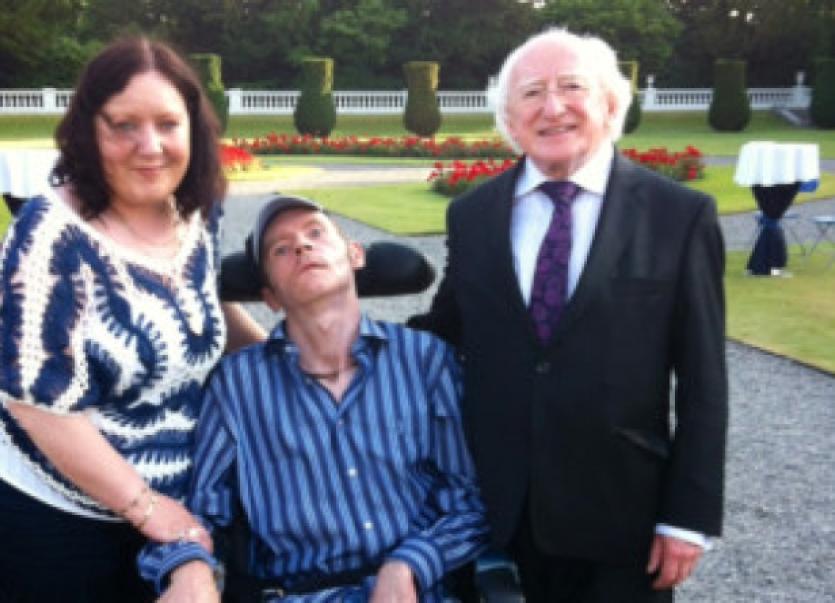 THE family of a County Limerick woman whose fiancé was diagnosed with the hereditary neurological disorder, Huntington’s disease, have organised a fundraising event with all of the proceeds going towards improving the quality of life of people who suffer from the illness.

THE family of a County Limerick woman whose fiancé was diagnosed with the hereditary neurological disorder, Huntington’s disease, have organised a fundraising event with all of the proceeds going towards improving the quality of life of people who suffer from the illness.

Anne O’Shea from Dromin Athlacca knew from early on in her relationship with Christy Clarke, 42, from Dublin that his family had a history of Huntington’s disease.

But the couple thought that if it struck, it might do so later in life. Unfortunately, they were wrong.

When Anne initially met Christy, he was in very good health. After a time however, Anne began to notice a change.

Today, 11 years after he first began showing symptoms of Huntington’s disease, Christy is confined a wheelchair. He can speak only a few words and is fed through a peg tube.

“Physically, he has deteriorated. He has lost weight and his speech isn’t as good but his outlook is fantastic,” Anne explained.

Huntington’s Disease is a hereditary neurological disorder that causes brain cell degeneration leading to deterioration of the physical, cognitive and emotional self.

Symptoms include involuntary movement, slurred speech, and chorea of the legs.

“It’s like a dance. They have often referred to Huntington’s as the slow dance of death,” Anne explained.

Naturally, Anne has her dark days - days when on the inside “your heart is breaking and you want to cry”.

But, she stresses, there are also the good days.

Two weeks ago, Christy made the trip to Áras an Uachtaráin for a garden party which was hosted by President Michael D Higgins for members of the Huntington’s Disease Association.

In an effort to do what she can to support Anne, Christy and other people suffering with Huntington’s Disease, Anne’s mother, Bridie O’Shea, has organised a fundraising event which will take place in Bulgaden Castle on Friday next, August 9 at 9pm.

Music on the night will be provided by Nightfall and The Connery’s followed by a disco by DJ Mossie Richardson.

“All funds raised on the night will go to the Huntington’s Disease Association,” Anne explained.

“At the moment, only 750 people in Ireland are supposedly diagnosed with the disease but there is no database set up for same. We are trying to get multidisciplinary clinics set up here in Ireland just like in other countries,” said Anne who also feels that people with Huntington’s disease should be granted a medical card.

“We are lucky, Christy has got a medical card but it was an awful struggle,” she told the Limerick Leader.

While there is no cure for Huntington’s Disease at present a clear multidisciplinary treatment plan can help to maintain a person’s quality of life.

“It is so important that people with Huntington’s get a medical card granted. There is a poor guy down in Cork and twice he has been refused it. The medication Christy is on – and he is on a peg feed as well - is so expensive, it’s huge,” said Anne.

“I know it’s a big expense for the HSE but I think they need to address that with the pharmaceutical companies. There are people struggling, really struggling,” she added.

For more information and to but tickets for next week’s fundraising event contact Bridie O’Shea on 086 2267282.